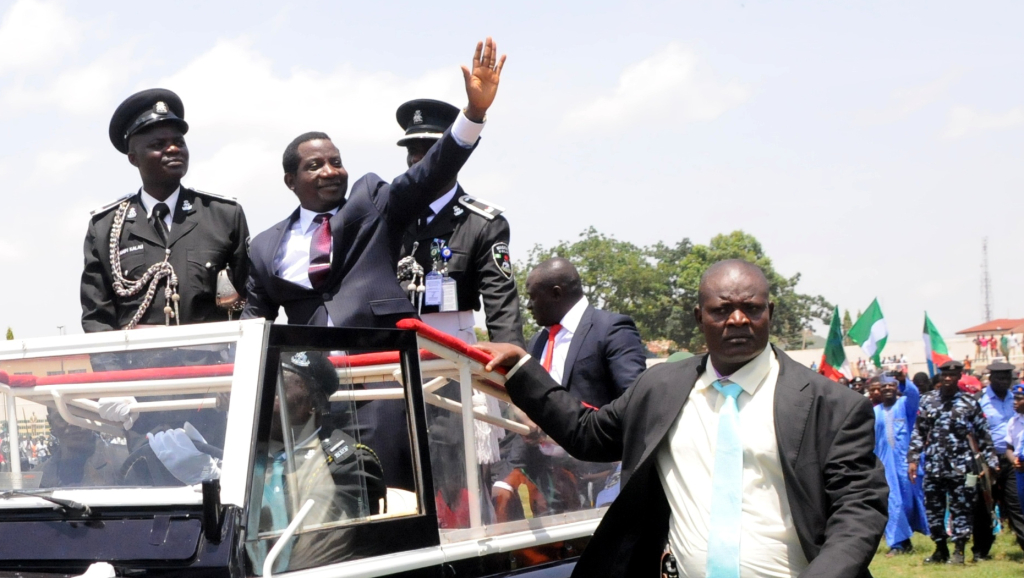 Simon Lalong, Plateau state governor, shortly after he was sworn in.

According to a statement by the permanent secretary, Police and General Service, Izam Azi, Mr. Lalong said the appointments were with immediate effect.

The All Progressives Congress’ director, youth mobilization during the 2014 elections, Emmanuel Nanle, is the new Director of Press Affairs.

Mr. Nanle was recently sacked by the Jonah Jang administration as a lecturer at the Plateau state Polytechnic, Barkinladi.

The former vice chancellor, Plateau State University, Bokkos, John Wade, who was also sacked by the Jang administration, is the Director General, Research.