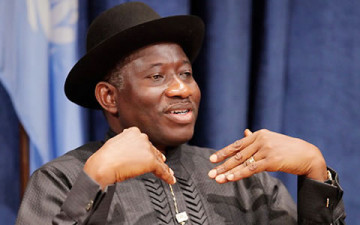 Mr. Jonathan said this when he inspected the roads which had been put to use although at about 98 per cent completion.

He said the roads would ease road transportation into the Federal capital City and thanked the contractors and the FCT minister for supervising the project.

“Thank you for handling this project for government.

“I also thank the FCT minister for the effective supervision “These projects have improved the face of Abuja tremendously and people who come to Abuja are full of praises because the roads are really making Abuja to look like a real modern city.

“We are quite pleased with the progress of work, “We will do our best to see that the commitments of government are met, You have done well; congratulations,” he said.

The president promised the contractors that the outstanding bills would be sorted out before the end of the administration.

The FCT Minister, Bala Mohammed, described the roads as a flagship in national development which had reduced travel time.

“As a politician, we want to really thank you for what you have done in terms of reduction of travel time from the places of work of Nigerians inside the city to the satellite areas of Abuja, Kubwa and Suleja, among others.

“The time has been reduced from two hours before to about 30 minutes.

“This project is driven by your grace with a robust financial plan that you bonded about N150 billion for the project and that is why the time line has been easy to comply with and we have been able to take it to 98 per cent.
The only remaining portion that is not completed is the bridge behind the Aso villa.

“Otherwise, everything has been delivered and we are trying to look at the challenges of financing because we are owing the contractors about N10 to 15 billion on the two roads.”

The Airport road, handled by Julius Berger, is about 28.5 km while the Kubwa axis, handled by Dantata and Sowoe as well as CCECC of China, respectively covers a stretch of about 39 km.