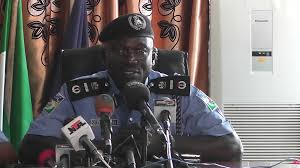 Kaduna-based Islamic scholar, Sanusi Khalil, who was detained for 48 hours by the State Security Service in Kaduna has been released.

Mr. Khalil’s detention was in connection with alleged inciting statements he made while delivering a sermon at the Sani Zango Daura Juma’at Mosque at NDC, along Kaduna-Zaria Road.

PREMIUM TIMES gathered from senior SSS operatives that the islamic scholar was quizzed for about 48 hours before he was released to go home to his wives, children and relations.

Efforts to get Mr. Khalil to speak on his detention by the SSS was unsuccessful as he did not answer or return calls.

Meanwhile, sources at the SSS in Kaduna, who confirmed the arrest to PREMIUM TIMES on Thursday, said the cleric, before his release, signed an undertaking to be of good behaviour.

“Yes, he was with us for almost two days and we took him on so many undertakings to be of good behaviour after we addressed him effectively and things like that,” the sources said. “We saw the need for him to retract and stick to the tenant of his religion that preaches peace and peaceful co-existence.

“He has made an undertaking that he will stop making provocative political utterances or engaging in any comments that will incite the public and will stick to his Islamic tenants of peace.

“In fact, what we did is to let him see how wrong he is about the way he carries on and of course it violates his religious tenants.”