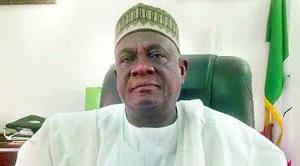 The Plateau State chairman of the All Progressive Congress, APC, Latep Dabang, has said the deputy governor, Ignatius Longjan, who contested and lost the Peoples Democratic Party, PDP, gubernatorial primary has concluded plans to decamp to the APC soon.

The APC chairman disclosed this on Thursday in an interview with journalists, shortly after the inauguration of the party’s gubernatorial campaign team at its secretariat in Jos.

According to Mr. Dabang, Mr. Longjan’s campaign team has joined the party. He noted that a principal member of the Longjan Campaign, John Dafang, has already been made an official in the APC campaign team.

If Mr. Longjan decamps, he would be the third failed governorship aspirant from the PDP to do so.

One of the former gubernatorial aspirants, Rufus Bature, is currently the director general of the APC campaign. He has boasted that he would deliver Plateau to the APC.

Another former gubernatorial aspirant and PDP decampee, Sonny Tyoden, is the running mate to the APC gubernatorial candidate, Simon Lalong.

Mr. Dabang also disclosed that the party had uncovered plans by some people allegedly working for the PDP, to rig the February election in the state.

He called on INEC to properly investigate the allegations, insisting that it was no longer a rumour and some prominent people were involved.

Mr. Dabang said this would, however, not deter APC from winning their elections.