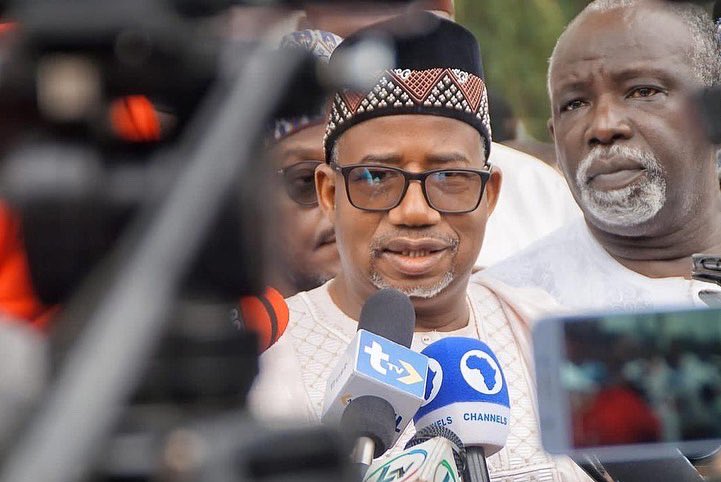 Governor Bala Mohammed said he wrote the PDP leadership to register his grievances over anti-party activities against his re-election bid by some of its members in the state.

Governor Bala Mohammed of Bauchi State said that he wrote a letter to the leadership of the Peoples Democratic Party (PDP) to register his grievances over anti-party activities against his re-election bid by some of its members in the state.

Mr Mohammed gave the clarifications after a closed door meeting with the five governors of the PDP Integrity Group otherwise called PDP – G5, on Wednesday in Bauchi.

“As a loyal member of the party, I felt betrayed, hence the letter to seek for redress,” he said.

He said the letter was with all honesty, sincerity and a deep sense of fidelity, adding, “that was why the party invited me to discuss with its presidential flag bearer, Alhaji Atiku Abubakar in Abuja.

“We discussed extensively and I have gotten some explanations because the letter I wrote was not only written by me, it was written by the PDP family in Bauchi State, the government of Bauchi State, and that is why I was there,” he said.

Also speaking, Governor Samuel Ortom, made further clarifications on alleged statement credited to him that, “he would never support a Fulani man to become the president of Nigeria”.

He, however, apologised to people who may have felt offended by the remarks.

“I want to say that, that was not what I meant when I was captured saying that. But all the same, I know it will amount to logical fallacy.

“If people have taken it the way I did but I want to say, to those who are offended by my remarks, I didn’t mean that. I am sorry about that,” he said.

For his part, Mr Wike explained that the PDP – G5 governors are open for dialogue, and never closed doors for reconciliation.

“All we are asking for is equity, fairness and justice and that is the hallmark of what PDP stands for.

“We have never closed the door and we will not close the door. All we are saying is let the right thing be done,” he said.