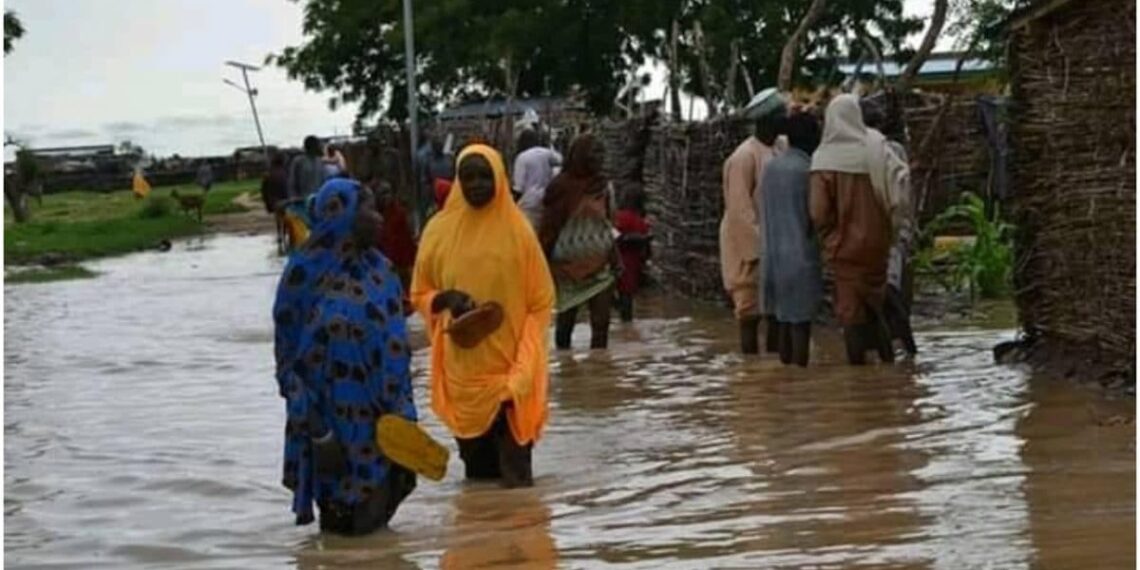 The Executive Secretary of SEMA, Mohammed Goje, confirmed this in a statement in Damaturu on Sunday.

The Yobe Emergency Management Agency (SEMA) says the current massive flood in Bade and Jakusko Local Government Areas is the worst experienced by the state in 70 years.

The Executive Secretary of SEMA, Mohammed Goje, confirmed this in a statement in Damaturu on Sunday.

He said the flood triggered by the alleged release of water from the Tiga dam in Kano, had taken over most parts of the towns, with many buildings and farmlands destroyed.

Mr Goje said the agency had visited the affected areas to assess the level of damage caused by the flood, adding that relief materials will soon be provided to victims as directed by Gov. Mai Mala Buni.

“Government at all levels are making efforts to enlighten and alert high-risk locations, take precautions along water flow areas as well as ensure victims are supported within available resources.

“The situation calls for concern across board, it is sympathetic,” the secretary said.

He commended the efforts of the local government councils, civil society organisations, and community and religious leaders towards building sand-bag embankments to minimise the damage in affected areas.

“Government noticed with concern and great sympathy how some communities had to sacrifice a part of their neighbourhood just for the water to exit their towns.

“The resilience amongst rural communities in safeguarding and ensuring embankments are secured through these trying times despite losing homes, farmlands and livestock is highly commendable,” Mr Goje said.

The scribe said a holistic assessment would continue simultaneously with support for the victims, while a mid and long-term solution would follow shortly.