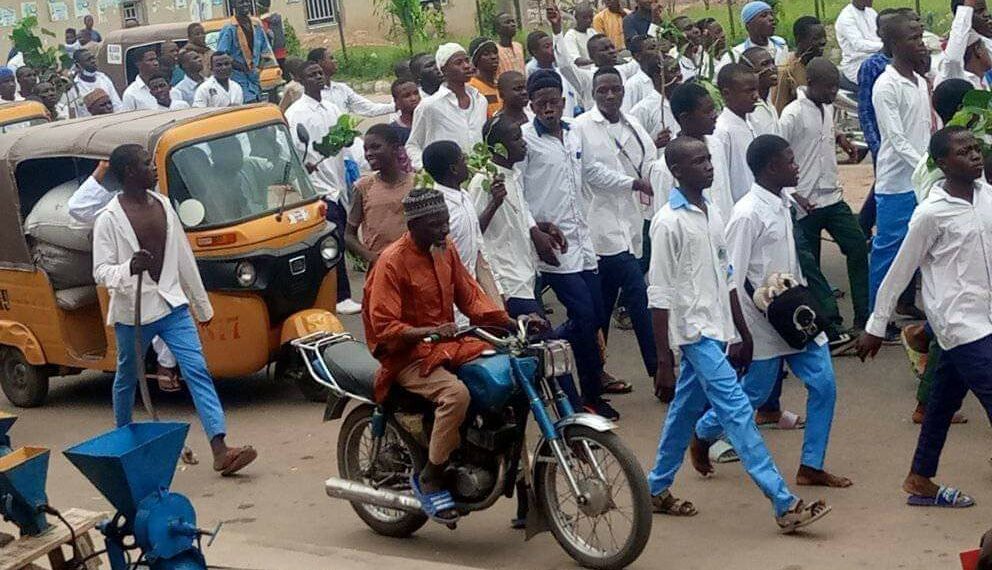 The government announced a new policy that allows female pupils to stay at school closer to them.

Some male secondary school pupils in Bauchi State on Monday protested the decision of the state government to create separate schools for girls, arguing that it will make them walk long distances to schools.

PREMIUM TIMES reported how the Bauchi State government introduced girls-only schools at the senior secondary level across the state.

The state government also plans to replicate the segregation policy at the junior secondary school level over time.

The state’s Commissioner for Education, Aliyu Tilde, said the introduction of girls-only schools was meant to promote girl-child education in the state.

During a recent visit to the Emir of Bauchi, Rilwanu Suleman-Adamu, Mr Tilde said parents are marrying off their daughters after the junior secondary school level because they are not comfortable with the mixed-sex cohabitation in classes at the senior secondary level.

Thus, as a measure to encourage more girls to stay in school, the state’s Ministry of Education on Thursday in a circular tagged ‘Safe-Space for Girls in Secondary Schools’ said the state executive council had approved the new policy to start on 25 September.

According to the circular, in compounds with multiple secondary schools, at least one of the schools, preferably the one at the centre, should be allocated to girls only.

“Where there is only a school but it operates in the morning only and there are sufficient teachers, the girls should come in the morning and the boys in the afternoon and where the shift is not possible if the school is large enough, it can then be separated into boys’ and girls’ section.

“When sectioning is not possible but there are streams of A and B on the same arm (like SS1A and SS1B), the boys can be allocated one class and the girls in the other,” the ministry stated.

It added that where the population is low and there is only a class in each stream, the boys will be on one side of the class and the girls on the other side.

According to the new policy, where boarding schools exist, they will also accommodate the day schools of their gender while students of the other gender retain the former site.

Aside from government-owned schools, private schools are also encouraged to key into the policy.

The students kicked off the protest at the Government Day Secondary School ‘Kofar Wambai’ to the state’s Ministry of Education within the metropolis to pressure the government to suspend the new policy.

A teacher in one of the private schools in Bauchi, Nuru Muhammad, told PREMIUM TIMES that the male pupils are unhappy because they trekked between 10 to 15 kilometres to reach the new school allocated to them.

“Their major grievance is that the government ask them to leave their schools for the girls which are closer to their home to another location within the town, some of them have to pay transport fees others that don’t have money have to trek more distance, Mr Muhammad said.

This newspaper could not immediately get the view of the commissioner for education on the protest by the pupils as of the time of filing the report.