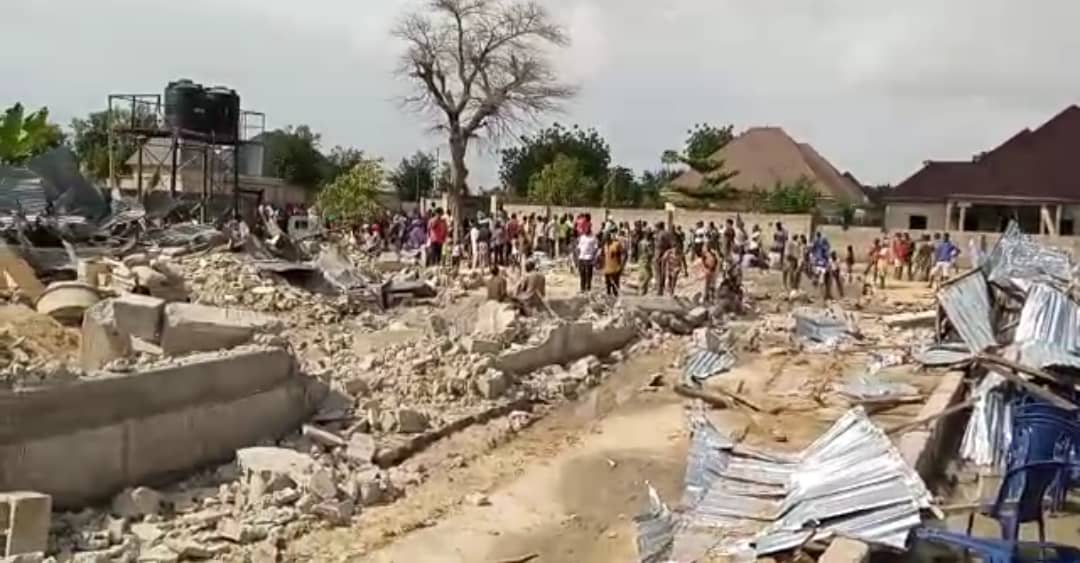 Eyewitnesses said the incident occurred when the task force of the Borno Geographic Information Service (BOGIS) arrived at the church that had been marked for demolition as an illegal structure.

A man identified as Ezekiel Bitrus was shot dead while five others were injured as security personnel in the task force of the Borno Geographic Information Service (BOGIS) opened fire on a crowd trying to stop the agency from demolishing ‘Ekilisiya Yan’uwa a Nigeriya’ (EYN) Church in Maiduguri on Thursday. .

The state government confirmed the incident through a statement by Isa Gusau, the spokesperson to Governor Babagana Zulum.

Witnesses said the incident occurred when the task force arrived at the church that had been marked for demolition as an illegal structure.

Led by the Executive Secretary of BOGIS, Adam Bababe, the task force had moved heavy-duty equipment to the church but was received by angry church members throwing stones at them. The security personnel responded with gun shots. 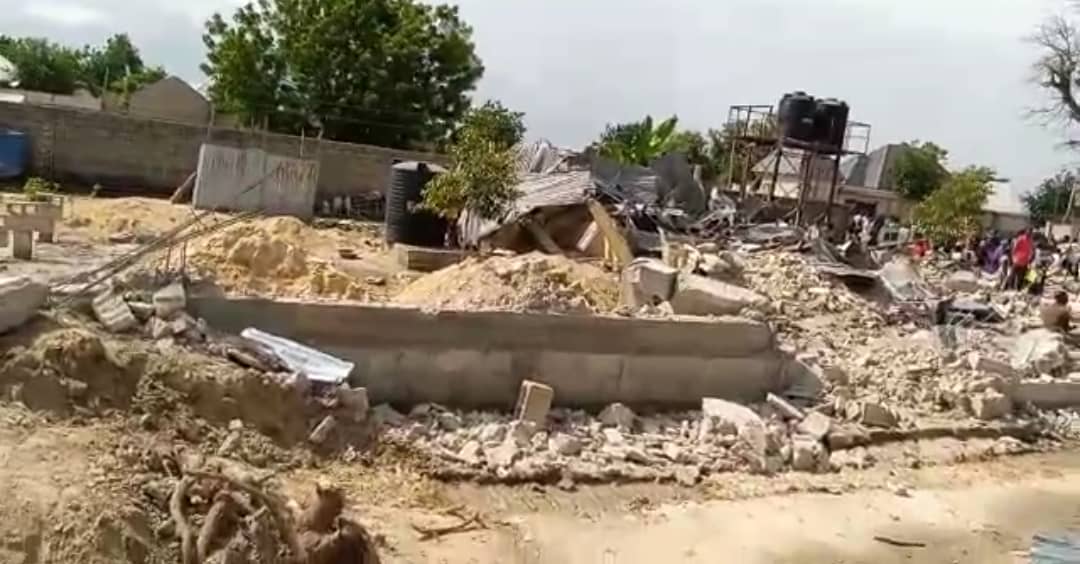 “Sadly the C-JTF personnel did not shoot in the air but fired directly at the mob which led to the death of one and injury of five others,” an eyewitness said.

BOGIS claimed the demolition was targeted at structures erected illegally in the Maiduguri metropolis, including churches and mosques. .

The agency said the exercise was meant to enforce regulation of land administration and urban development compliance in the metropolis.

The state government said it had set up a committee to investigate the clash.

“Borno Governor, Professor Babagana Umara Zulum has ordered the Borno police command to immediately investigate a violent collision between a joint security task force operating with the Borno Geographical Information System and some worshippers at a branch of EYN Church at Maduganari, in Maiduguri,” Mr Gusau said in the statement.

He said the governor condemned in strong terms “the firing of gunshots by a member of the security task force as well as some persons who hurled stones at the task force during the encounter on Thursday.” 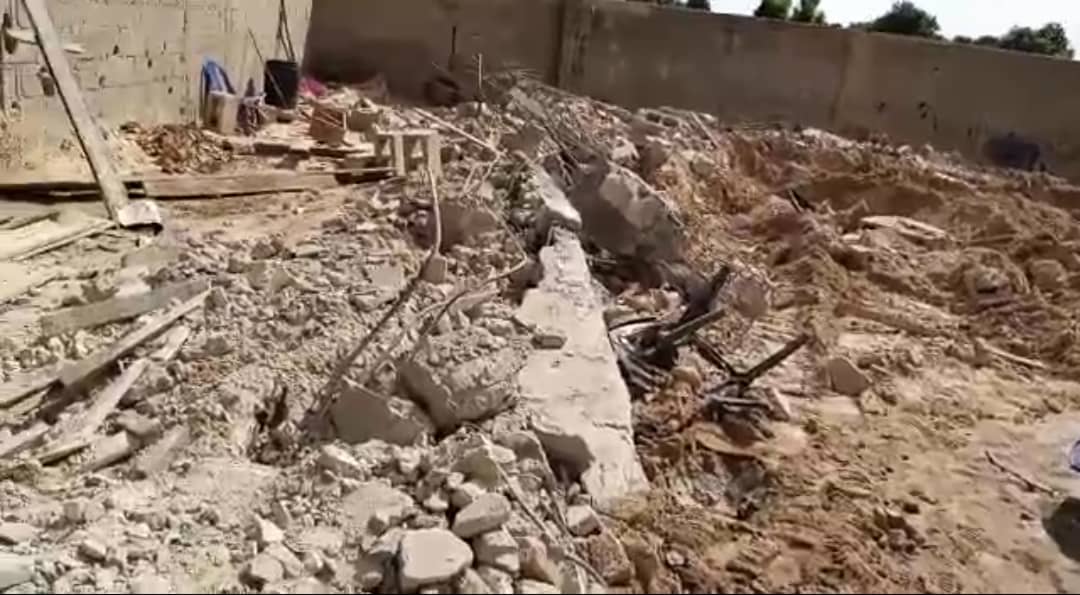 “One person died and five persons are currently hospitalised.

“The governor also called the chairman of the Christian Association of Nigeria (CAN) in Borno State, Bishop Mohammed Naga, and spoke with him to commiserate with the Christian community and leadership and family of the EYN church in Borno.” 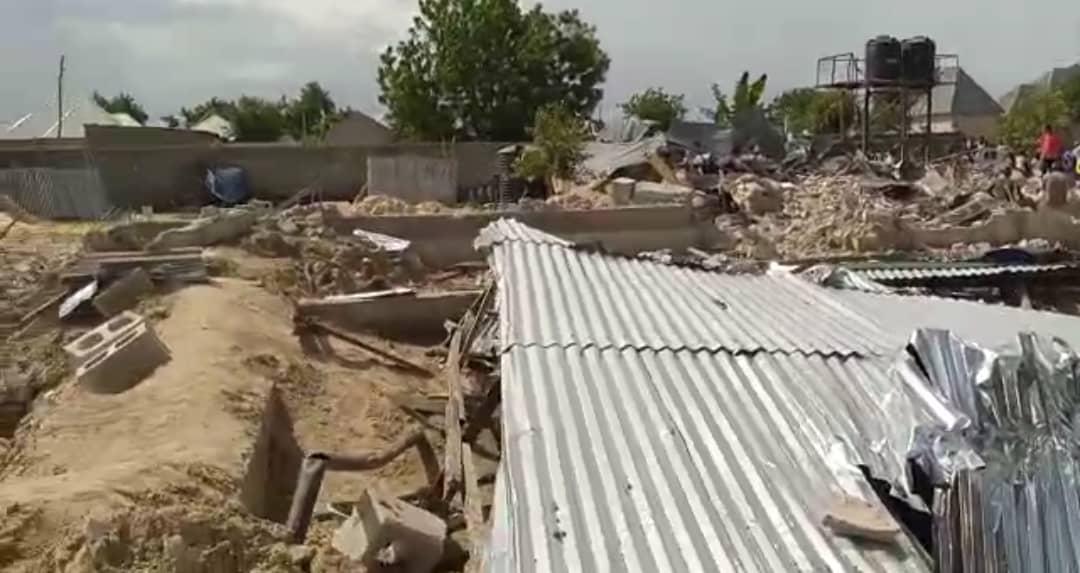 The statement added that Mr Zulum had invited the CAN leadership for a meeting at 5:30 p.m on Friday at the Government House in Maiduguri.

“The Governor also directed the deputy governor, Umar Kadafur, to visit the hospital where five injured persons are receiving treatment, to empathise with them and also take over the cost of their treatment.”