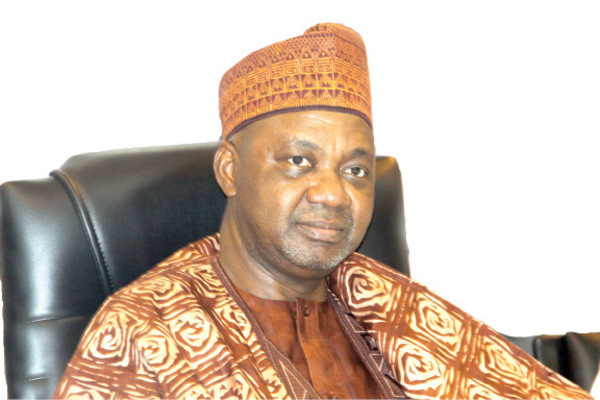 Vice president Namadi Sambo says the Federal Government has identified Agriculture as the major driver of economic growth and has adopted the sector for Nigeria’s path to development.

Mr. Sambo made the statement while speaking toforeign investors and stakeholders in the agricultural sector at the Agriculture Investment Forum organised by the Nigerian Embassy, in Washington DC, United States of America, Tuesday.

The VP said the Federal government adopted the sector “based on our common understanding of the importance of agriculture, not just in terms of food security and poverty alleviation, but also its abundant potential for employment generation”.

The vice president also noted that much effort is being made towards large scale production of staple food like rice, cassava, maize and sorghum, as well as opportunities in livestock, fisheries, cocoa and cotton.

He also disclosed that “the current focus on agriculture is to improve the value chain, by moving away from production of raw materials for export, to agro-processing into semi-finished product, especially in food production”.

Mr. Sambo urged American investors as well as Nigerians in the Diaspora “to take advantage of the abundant opportunities for investment in the above areas of the country’s agribusiness, adding that government has undertaken a number of reforms to make Nigeria investor friendly”.

The vice president took advantage of the gathering to appreciate the exploratory visit of a group of American investors in the power sector which included major stakeholders in the industry, particularly General Electric of the United State and said much attention is being committed to addressing the transport sector by constructing roads and rehabilitating the abandoned 4000KM railway and constructing new lines.

He added that the government is building new thermal plants for the power sector and has created new inland water ways by the dredging of River Niger adding that the consultancy service for River Benue has just been awarded.

Mr. Sambo also spoke about the security situation in the country and assured the investors that government is addressing the security challenges through various efforts, including strengthening the capacity of the security agencies in dealing with the new challenge as well as collaborating with regional and international community.

The Minister of Agriculture, Adewumi Adesina, who coordinated the event in his remarks, said the country is focussing on agriculture not just as a development agent but as a business venture.

Mr. Adesina said Nigeria wants strong partnership with the US in the sector as agriculture is the life of the country, adding that women and youth are being targeted for the revolution.

Some of those who attended the forum were the Governors of Kaduna State, Patrick Yakowa; Rotimi Ameachi of Rivers State; Kayode Fayemi of Ekiti state; Nigerian Ambassador to the U.S., Ade Adefuye; the Minister of Foreign Affairs as well as a representative of the governor of Kwara State.