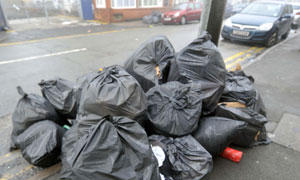 The Abuja Environmental Protection Board (AEPB) says it will soon commence billing hotels and eateries for the waste they generate.

The Director of the Board, Isa Shuiabu, disclosed this in Abuja at a news briefing, saying that the hospitality industry had been “grossly undercharged”.

Mr. Shuiabu said that hotels are currently being charged according to the number of rentable rooms, without consideration of other activities generating waste.

“The billing of hotels was formerly based on the number of rentable rooms without considering the restaurants, swimming pool, bars, night clubs and other activities they carry out that generate a lot of waste.

“We will charge them for all activities they carry out including the liquid waste they generate.

“We will charge them on the waste they generate rather than charging only on the rentable rooms.”

Mr. Shuiabu said that the board was empowered by law to charge bills in line with the waste generating facilities.

He said that though the board was a public outfit, it needs to break even to sustain the cleaning of the city.

“If we cannot generate enough money, we will not be able to sustain our responsibility of cleaning the city.”

According to him, the board has embarked on the sensitisation of hotel owners to enlighten them on the need to charge them according to number of waste generating facilities they operate.

He, however, assured those concerned that the board would not increase bills arbitrarily.