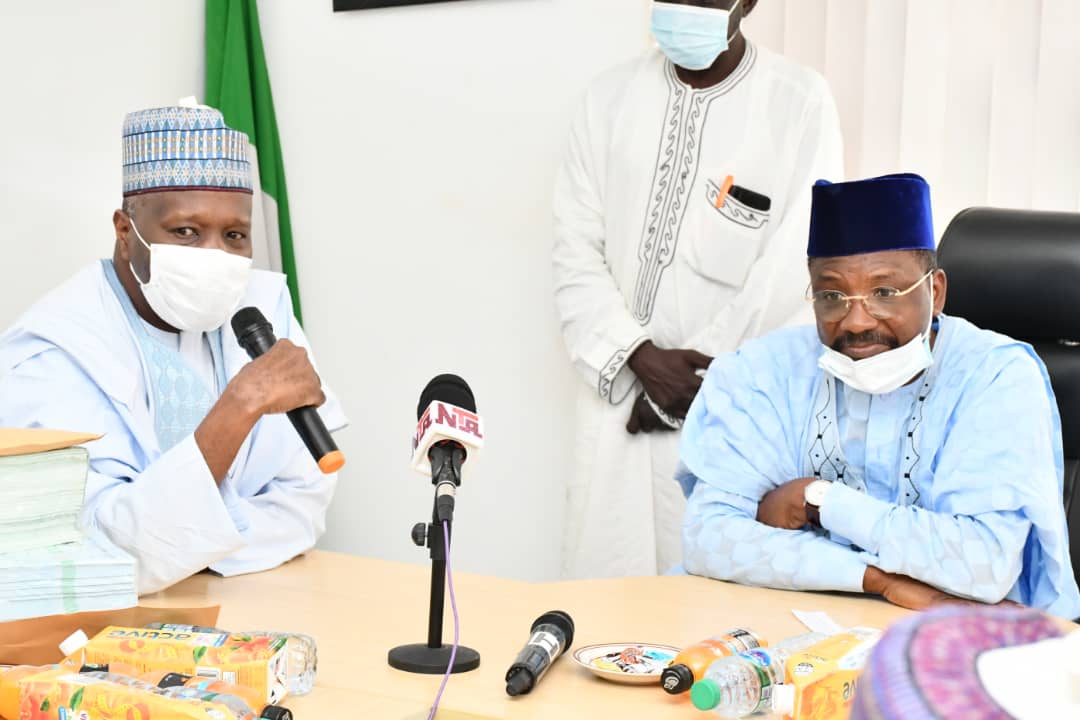 The Gombe State Government has resolved to partner with the National Directorate of Employment (NDE) in the area of job creation, skills acquisition and entrepreneurial skills development.

The state governor, Inuwa Yahaya, stated this at a meeting with the Director-General of the NDE, Nasiru Ladan, at the Headquarters of the agency in Abuja, a statement by his spokesperson, Ismailia Misilli, says.

He said his administration is poised to ensure inclusive and sustainable economic growth, especially in the post- COVID area.

According to the governor, Gombe will key into various initiatives and programmes of the NDE to provide job opportunities, promote direct financial inclusion and self-actualization as well as to curb poverty and unemployment among the youths and women of the state.

Describing the youth as the backbone and future of the society, Mr Yahaya asserted that his administration will spare no effort in providing opportunities for them to acquire skills for sustainable livelihood.

He said his administration has already made provision in the reviewed 2020 budget to stimulate the economy and mitigate the impact of the covid-19 pandemic, especially on small holder business men and women.

Speaking during the visit, the NDE Director-General said the directorate is interested in dealing with Chief Executives who have the interest of the people at heart.

“(I) Am happy to tell you that from the little discussions I had with the Governor of Gombe State, I realized that this is one man who has the interest of his people at heart.”

“I congratulate the people of Gombe state for having such a humble, exemplary and passionate leader who put the interest and welfare of his people first,” the DG said.

He said as far the issue of training and employment is concerned, his directorate has the capacity to deliver on its mandate.

The governor said the mandate given to the directorate by the government is to create and provide jobs through entrepreneurship skills development.

He expressed appreciation to the Governor for the visit, saying he was the first state governor to personally visit him at the NDE Headquarters to seek partnership.

He thereafter presented to the Gombe State Governor with one thousand one hundred trainee enrolment forms to be distributed across the 11 LGAs for training on various trades and another one thousand one hundred for the directorate’s Micro Economic Enhancement Scheme in which funds will be given to small scale business men and women to expand their businesses.

The Director-General assured the governor that as soon as the forms are completed and returned to the headquarters of the NDE, the directorate will release funds to the beneficiaries through its Gombe State office.