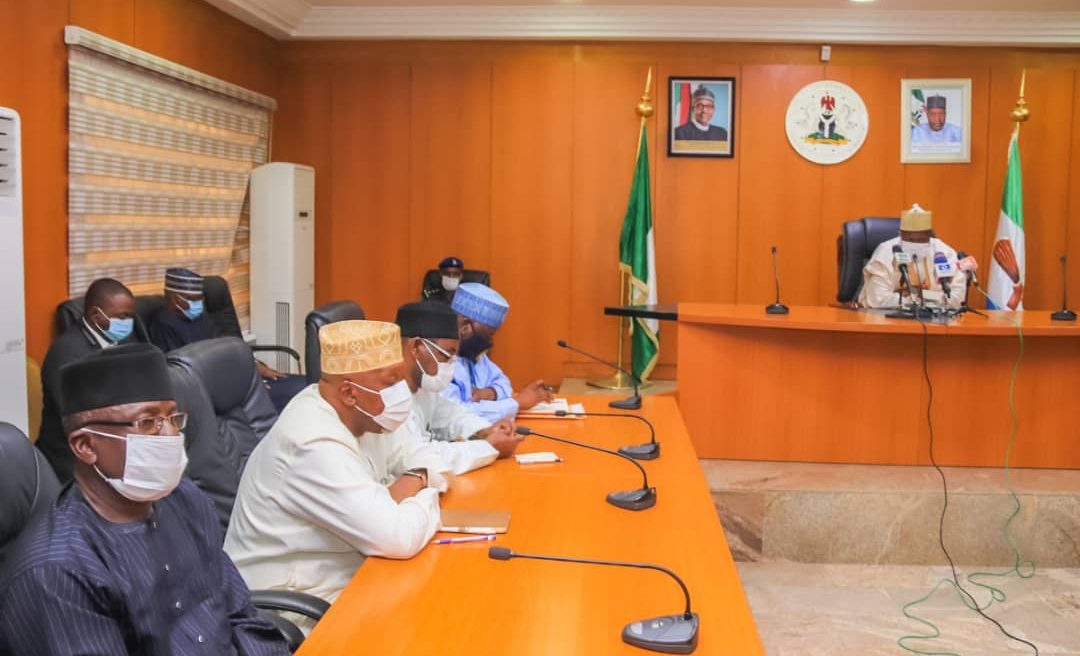 The governor of Gombe State, Inuwa Yahaya, has assured of his administration’s commitment to provide support for successful and hitch-free Christian pilgrimage exercises.

The governor stated this on Monday in a meeting with the Executive Secretary of the Nigeria Christian Pilgrims Commission (NCPC) Yakubu Pam, who paid him a courtesy visit in Gombe.

He said in spite of the over N250 million unsettled claims left by the previous government for the State Pilgrims Welfare Board, his government is committed to providing Christians in the State the opportunity and needed support to undertake their spiritual journey.

“This Government inherited a liability of about 120 billion in a state that is just about 3.2 million, so spread it per capita on the citizens and you can imagine what it is.

“And that is just for the liabilities that were booked and recorded. Issues to do with unsettled liabilities of pilgrimage of close to 250 million Naira were not part of our assessment.”

He said despite the challenges, his government will make sure it continues to fulfil its obligations to provide support to those who wish to perform their pilgrimage.

The governor appreciated the leadership of the NCPC for their choice of Gombe to host the North East Zonal meeting and to also flag-off the next pilgrimage to Jerusalem, noting that this would not have been possible without the peace and tranquillity the State enjoys, as well as its centrality and neutrality.

He said in spite of the cosmopolitan nature of Gombe, the state remains peaceful, attributing the feat to the government’s proactiveness and the understanding of the people.

“I can beat my chest to say that peace doesn’t bring itself, we worked for it and God answered our prayers and gave us peace, so we shall continue to work assiduously to guard and protect the peace and the human resources of the State for the benefit of our people”.

The governor, who decried the setback caused by COVID-19 pandemic to the global economy, said the novel Coronavirus is a wakeup call for Nigeria and Nigerians to do the right thing.

He said it may take some years for Nigeria and the world to fully recover from the economic effects of the pandemic and as a result, he said his administration has made budgetary provisions to stimulate the economy and mitigate the impact especially on women and the youths in the post COVID-19 era.

Governor Yahaya said the security challenges confronting the North can be attributed to years of neglect of the ways and means human beings have been managed over time.

“Neglecting an endeavor that can take a people to the doorsteps of economic prosperity can be detrimental to the present and future generations. Before now, the economy of the north used to hinge on agriculture but the discovery of oil relegated the Agric and the mining sectors to the background.

“But I am confident with wise counsel from people like you, the North can once again regain its pride of place in the country.”

Speaking earlier, the NCPC Executive Secretary said they were in Gombe for a zonal meeting aimed at building synergy between the NCPC and the state pilgrims’ welfare boards for successful and hitch-free Christian pilgrimages.

He commended the governor for his efforts in road construction, youth empowerment and the ambitious Gombe Goes Green (3G) project which seeks to regenerate the environment.

The executive secretary equally thanked the governor for the cordial relationship that exists between his administration and the State Chapter of the Christian Association of Nigeria CAN as well as the Christian community in general.

Mr Pam, who doubles as the Chairman of the Christian Association of Nigeria, CAN, Northern region, described the governor as a God-sent leader who is working tirelessly for the betterment of the masses and the entire citizenry.

APC to screen aspirants for legislative bye-elections in eight states