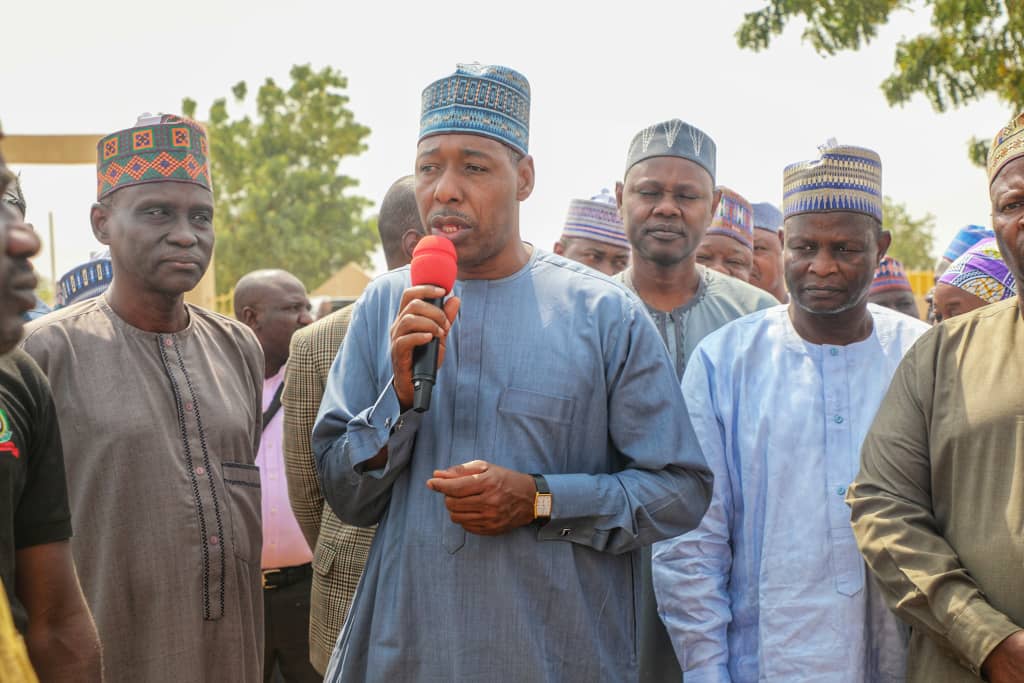 There was a commotion in Maiduguri, Borno State, Saturday afternoon as arrested COVID-19 lockdown violators jumped off the trailer transporting them to an isolation centre.

The arrested offenders, who were in their dozens, were seen being conveyed in a reticulated trailer truck belonging to Dangote Group when suddenly they began to jump off as the vehicle navigated towards the quarantine station.

A witness and resident of Maiduguri, Ismail Abiola, confirmed to PREMIUM TIME that the armed security personnel escorting the truck had to start shooting into the air as the passengers began jumping down and fleeing into the communities.

“It was a shocking and surprising experience,” Mr Abiola said.

“It happened at about 1 p.m. while I was driving towards the 1000 housing estate, coming from the city centre when suddenly I saw people jumping off the Dangote truck that was trying to make a U-turn, and taking to their heels.

“The combined team of soldiers and police escort began to shoot in the air to prevent other arrested persons still in the truck from escaping,” he added.

Another witness who lives close to the isolation centre said that some of the escapees were able to escape with the help of some commercial motorcyclists.

“Some of the escapees ran into the communities of the outskirts, while some jumped into moving Keke-NAPEP, and that helped them to speed into the town,” the resident, Malam Habu, said.

READ ALSO: Why Lassa Fever is Deadlier Than Coronavirus – Official

It was later gathered that the arrested persons were being taken to the Pilgrims Camp isolation centre where they were expected to be quarantined for 14 days before they are allowed into the city.

The Borno State Commissioner for Health, Salisu Kwayabura, who also doubles as the Secretary of the state’s COVID-19 committee, did not respond to his call when our reporter called his number for comments.

Similarly, the state’s Commissioner for Home Affairs, Information, and Culture, Babakura Abba-Jato, did not also respond to the calls from our reporter.

The Borno Sate Committee on COVID-19 had earlier announced that interstate travel ban offenders would be quarantined for 14 days before they are allowed into Maiduguri.

The incident is happening days after the government of Borno State relaxed most of the restrictive measures earlier put in place to check the spread of the new coronavirus.

Several mosques were opened for congregational prayers on Friday, while commercial premises were also opened for business.

Borno State currently has 212 confirmed COVID-19 cases, the fifth highest in the country.