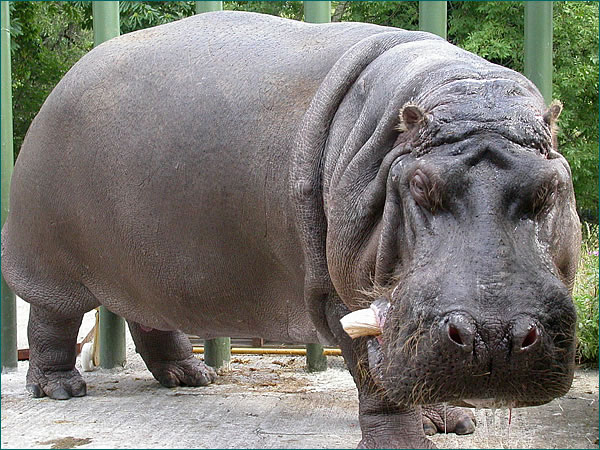 Fishermen and farmers in Kpata, Adankolo and other communities along the bank of River Niger in Lokoja, the Kogi capital, are now having a raw deal with some giant hippopotami constituting a menace to their livelihood.

The News Agency of Nigeria (NAN) learnt on Monday in Lokoja that that the animals had been destroying rice farms along the river bank and also hampering water transportation.

Abdulahi Gimba, the Chairman of the Nigerian Union of Fishermen and Seafood Dealers in Kogi State, confirmed to NAN that the animals had appeared suddenly at the Onumaye-Kpata-Adankolo section of the river in December last year.

Mr. Gimba said that since the appearance of the animals, life had never remained the same for fishermen, farmers, and boat engine operators in Lokoja and its environs.

According to him, the animals have made fishing activities virtually impossible, adding that farmers can no longer cross the river to their farms, while the people of the area now live in fear.

Mr. Gimba, who noted that the river had been known to harbour hippopotami for a long time, however, said that this was the first time they would foray into the Onumaye-Kpata-Adankolo section.

He opined that the recent dredging of the river might have driven the animals to the areas.

The chairman said that fishermen, farmers and boat engine operators now used mobile phones to send warning signals to one another any time the animals were noticed in the river.

He said that the development had led to an increase in the prices of fish and expressed concern that if not checked, the problem might have a negative impact on rice production in the areas this year.

Mr. Gimba appealed to the management of the National Inland Waterways Authority and the Lokoja Local Government Council to intervene on behalf of the affected farmers by getting rid of the animals.

Similarly, the Chairman of the state chapter of River Water Transport Association (RTA), Bala Yaro, also told NAN that members of the association could no longer operate on the river due to the problem.

Mr. Yaro said that he had directed his members to operate with caution so as to prevent disaster, especially since the majority of their clients were women traders and school children.