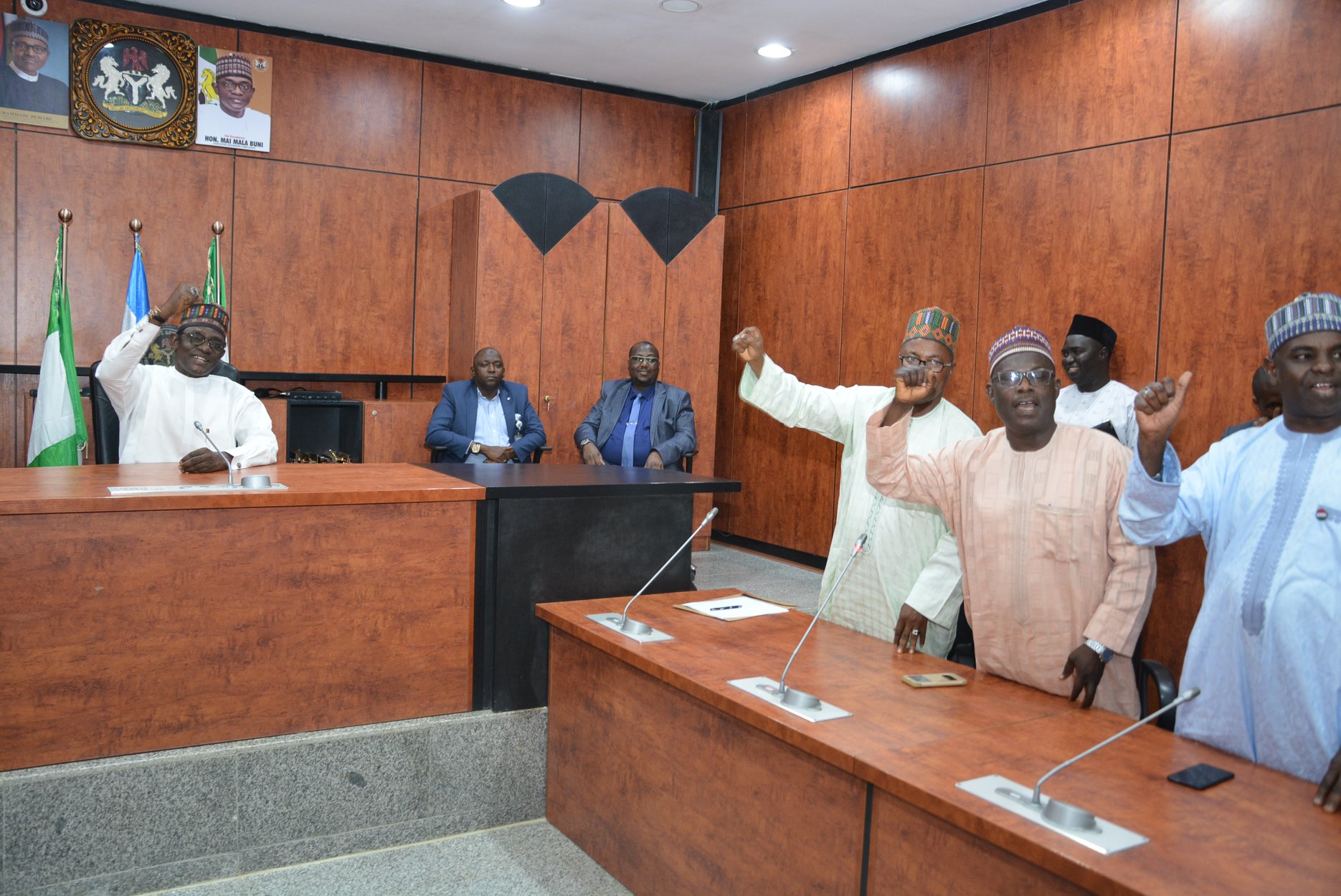 The Yobe State governor, Mai Buni, has said Nigeria may reap positively from the coronavirus pandemic as its impact on oil prices may force the country to diversify the economy.

Gov Buni, who hosted a delegation of the state chapter of the Nigeria Labour Congress in his office in Damaturu said, the outbreak will compel both the federal and state governments in Nigeria to look inward for more sources of revenue rather than oil.

“I want to say, however, that our meeting here today comes at a time of great challenges for the economy of our country overall. The outbreak of the Coronavirus disease, which has now been described and categorised by the World Health Organisation as a global pandemic, has continued to affect world markets and global supply chains,” he said.

“Naturally, international oil prices have been affected too. Along with the recent disagreement between Saudi Arabia and Russia, two of the world’s biggest oil producers, the coronavirus pandemic has now pushed down crude oil prices to levels not seen in nearly 20 years.

“This is very consequential. First, as an oil producing nation ourselves, our revenue flows from oil sales have also dropped. It seems reasonable to suggest, therefore, that for the foreseeable future, the amount of money that could be available to government for service delivery would be affected too. Second, the significant drop in oil revenues would naturally force a re-ordering of priorities and would compel governments, both at the federal and state levels, to look inward and to seek to diversify our revenue sources,” Mr Buni said.

The governor said his government accords special priority to workers’ welfare in the state, stressing how he approved N30,000 minimum wage in the state.

According to the governor, he has also revamped erring industries in the state and kickstarted viable empowerment programmes to tackle employment amongst the youth in the state.

“As part of the effort to bring about more economic development, we are pushing ahead with the construction of the Damaturu International Cargo Airport so that we can tap from its potential to make our state a hub for the export of agricultural produce. We are looking forward to commissioning the airport in two months from now.

“We have also resuscitated three of our dormant factories, namely the Woven Sacks factory, Sahel Aluminium Company and the Yobe Flour and Feed Mills. We are now seeking for partnerships to build a cement factory in the state. We have trained hundreds of youths in paint production and automobile repairs so that they can establish or expand their businesses. All these would surely go a long way in promoting the economic development of our state,” the governor said.

He commended the cordial working relationship between the state government and labour, and urged them to maintain the tempo.

Earlier, the NLC Chairman in the state, Mukhtar Tarbutu, praised the governor for his developmental projects.

Some of the projects he mentioned include the Damaturu “ultramodern market”, trailer park at Potiskum and the over 300 housing scheme initiated by the administration.

The NLC boss promised to continue to partner with the state government to enable it realise its objectives.