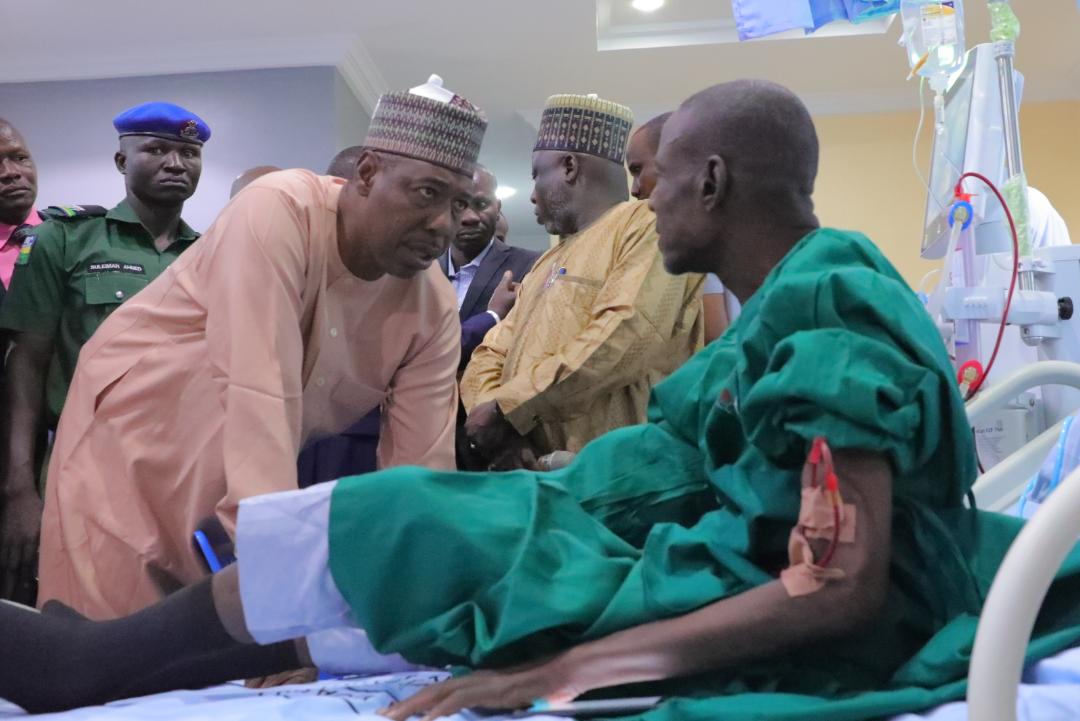 The governor also wants the state health experts and science educationists to carry out research on why kidney failures have been on the rise in the state of late.

Mr Zulum, a professor, gave this directive when he visited the Maiduguri Specialist Hospital where the new kidney centre was set up early this year by his predecessor, Kashim Shettima, who is now a senator.

Touring the the facility, the governor expressed delight over the centre’s commencement of dialysis for patients.

He directed the state’s Commissioner for Health to “put in place measures that will make the dialysis procedure free for patients.”

He said the goal is to lessen difficulties low-income earners face paying the N30,000 fee for each dialysis session.

The governor also authorised the state’s Ministry of Science, Technology, and Innovation to assemble critical stakeholders in health, education and water sectors “to speedily invite competent researchers or identify, study and expand any existing research into the main cause(s) of kidney diseases that seem to be on the rise in Borno State.”

Mr Zulum said the government will finance the research with the expectation that “findings and recommendations will guide in addressing the causes of rising kidney diseases rather than limiting focus on dialysis and other forms of treatment.”

The governor, who took the time to witness dialysis sessions, gave financial support to all the patients that undergoing the procedures.

The health commissioner, Salisu Kwaya-Bura, and the state’s Chief Medical Director ‎of the Hospitals Management Board who earlier conducted Mr Zulum round the facility, said “the centre has procured consumables to enable the continuation of the dialysis for at least six months for more than 3,000 patients.”

The governor directed the medical team to “send indigenous medical doctors on specialised kidney management training and to identify reputable health institutions whether in Nigeria or abroad, to establish technical and specialised partnerships that will enable kidney transplant in hospitals owned by the state.”

“This kind of partnership will not only save lives but reduce dependence on foreign medical tourism and attract medical tourists to Borno State,” he said.