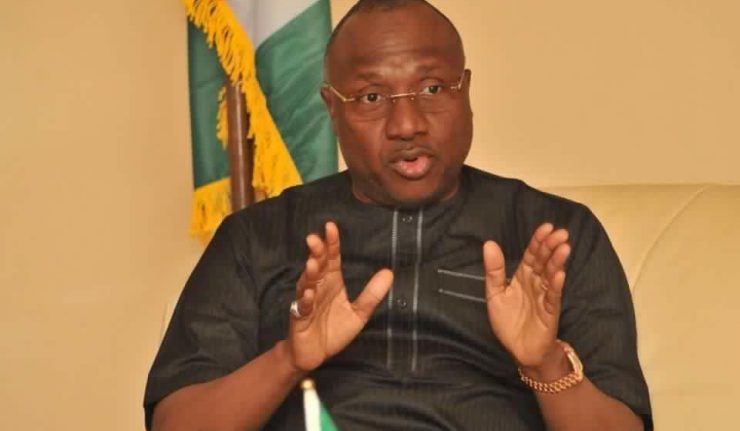 The Adamawa State Government and its assembly have clashed over the state’s inability to pay salaries two months to the end of the current administration of Governor Jibrilla Bindow.

Also, mild drama ensued at the plenary session of the assembly on Monday, when the Commissioner for Finance, Mahmud Sali, said the outgoing government has no records of its transaction with Zenith Bank in Yola.

He also said the government has been unable to draw funds from the bank to pay part of the owed salaries.

Mr Sali, alongside his Local Government and Chieftaincy Affairs counterpart, Barkindo Aliyu, were summoned by the state lawmakers to explain reasons for the inability of the state government to pay two months’ salary of civil servants.

The house then invited the two commissioners as well as the permanent secretary, ministry of local government and chieftaincy affairs to appear and make clarifications.

Mr Sali told the lawmakers that, “It seems there was a deliberate move by the ‘powers above’ to frustrate the outgoing government, because the state government account is bouyant enough to ensure payment of salaries.

“The bank has kept refusing to collect instructions from the governor to pay salary. I believe they are not accepting the letter to avoid acknowledging receipt. But the money is with the bank. We have enough to pay at least April salary. And the schedule is there,” he said.

But when asked to produce records of the balance, the commissioner said: “for now we don’t have records of our accounts, anytime we asked for our balance, they (Zenith bank officials) will always decline and give reason of network problems.’’

When asked to address allegations by the state transition committee that the government is leaving behind N115 billion as debt, the commissioner said this is untrue.

‘No, the loan profile incurred by Gov Bindow administration is N44 billion, not N115 billion debt.

“These loans were accumulated over a long period of time, previous administrations collected most of the loans and due process was followed, so any government that comes must service the loans.

“While other administrations took loans and left office without paying, this government serviced the loan because the loans followed due process,’’ he said.

The commissioner for local government affairs had earlier blamed UBA bank for failure to pay workers.

In reaction, the deputy speaker, Lumsambani Dilli (APC, Demsa constituency), noted that the house of assembly has addressed the issue of salary payment about two months ago when it restructured a N6 billion loan but wondered why the issue of payment of salaries “became an issue again.”

According to him, with the restructuring, “the state government needs only N250 million to pay salaries.”

He urged the house to invite the managers of both banks to appear before the lawmakers to defend themselves.

After listening to the explanations by the commissioners, the assembly, which was presided over by the Speaker, Kabir Mijinyawa, passed a motion inviting the managements of UBA and Zenith Bank, and state officials to appear before it.

250 days after, Buhari fails to act on minister’s NYSC scandal