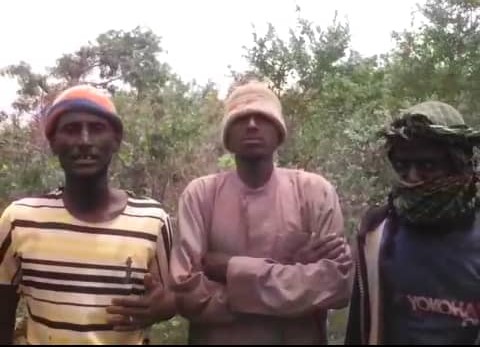 Boko Haram kills own commander who planned to surrender – Report

A prominent Boko Haram Commander, Ali Gaga, has been killed by other commanders of the terrorist group while planning to surrender to the military authorities and escape with about 300 captives from their den, competent sources disclosed to PRNigeria.

The sources who spoke to PRNigeria on grounds of anonymity said that Ali Gaga was killed by other commanders loyal to Mamman Nur’s faction who got a hint of his unexecuted plan.

PRNigeria further learnt in a video exclusively obtained, that Mr Gaga had already perfected his plan to surrender to the military authorities in a negotiation brokered by a prominent non- governmental organization (NGO) conversant with the issues, when his plan was leaked to other Boko haram commanders, resulting to his execution.

The sources said that Mr Gaga was a Fulani man from Taraba State and was forced to join the Mamman Nur’s faction of the group three years ago after his cows were seized from him by Boko Haram on the fringe of the Lake Chad.

“Gaga was trained on how to fight wars and engage in combat operations. He also possessed an extraordinary ability to know the terrain because he was a herdsman. This elevated him to a level of a Commanding Officer by the Mamman Nur’s Faction,” the sources further said.

“Gaga was not interested in holding captives for ransom like others. What is paramount to him is getting his livestock and continue what he was doing as a herdsman and reunite with his family”.

The sources also revealed that Mr Gaga was already in touch with foreign influencers who would have rescued him and others before he was killed.

In one of the videos obtained by PRNigeria, Mr Gaga spoke in Hausa language and introduced other leaders working towards rescuing and escaping with the captives to surrender to the military authority.

He also expressed gratitude to prominent leaders of Non-Governmental Organisations (NGOs) persuading them to surrender and assured them of adequate safety and protection once they surrendered voluntarily.

“We are tired of this senseless act of terrorism. We are ready to surrender with my people and other captive and live a normal away from this unfortunate terrain of needless suffering,” he said in about 3-minute video recording in a forest.