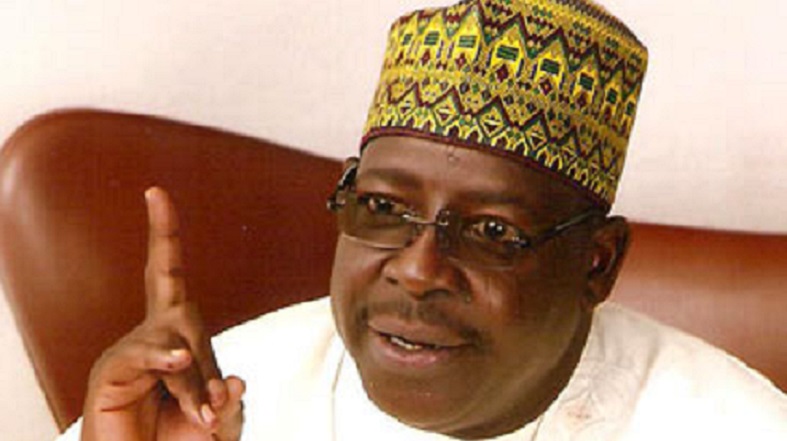 The 2015 governorship candidate of the Peoples Democratic Party (PDP), in Borno State, Gambo Lawan, has dumped his party for the ruling All Progressives Party (APC) where he now seeks the party’s top ticket in the state for 2019.

Mr Lawan, a former chairman of Warri Refineries, was defeated by incumbent Borno State Governor, Kashim Shettima, during the 2015 elections.

As PDP’s flagbearer, Mr Lawan scored 34,731 votes but was defeated by the incumbent governor who polled 649,913 votes.

He blamed his loss then on the former president of Nigeria, Goodluck Jonathan, whom he said connived with a former chairman of the PDP, Ali Sheriff, in an attempt to deny him the ticket he won after the primaries.

It could be recalled that the Borno PDP had to change its governorship candidate, Muhammed Imam, barely a week to the governorship election in 2015, and replaced him with Mr Lawan, whom the High Court in Abuja said, was the real winner of the governorship primaries.

Mr Lawan said he spent the over four months he needed to campaign fighting to retrieve his stolen ticket and “had no time to campaign within the few days that he finally got justice”.

Apparently angered by the role his former party played in 2015, Mr Lawan said he chose to join the APC where he would be able to actualise his dream of becoming the next governor.

Speaking with journalists shortly after submitting his nomination form at the APC state secretariat, Mr Lawan said his quest to become the governor of Borno State is all about giving back to the society and people “that have made him”.

“I am responding to the call of the people of Borno who believe I have better ideas on how to make things work again in Borno State,” he said.

“It is time to rescue Borno from imminent collapse; because our state is in dire need of help, and I am going to do that when elected by bringing more unity, tackling insecurity which has made our people poorer than they were. Our economic activities has gone to ground zero, the borders that feed our commerce have been closed for many years, youth are out of school, out of jobs and drugs addiction is now on the high scale.

“Our people no longer farm the lands because everywhere is not safe; hence they depend chiefly on handouts from humanitarian and international donor agencies,” he said.

Mr Lawan, who earned fame as a former chairman of Maiduguri Metropolitan Council between 1991 and 1993, said his mission in 2015 was to save the “then Borno situation from worsening to the present state of affairs”, but he said he was denied that chance by the leadership of his former party.

“If I had had the chance to do my campaigns in 2015, I know for sure the people of Borno would have voted me because they have had the taste of my quality leadership and administrative skills when I was chairman of the old Maiduguri Metropolitan Council 27 years ago,” he said.

“By the grace of God, I am the oldest and the most experienced politician giving my 40 years’ experience from 1978 to date, and up till now, my achievements, especially the infrastructural development, as the elected chairman of MMC are still visible and are still a reference point.

“Now, having garnered even more experience in leadership and governance; having traveled to all continents of the world and seen how people and communities tackle their societal problems through good governance, I have no iota of doubts that if voted to get the APC ticket and eventually become the governor, I have no challenges in fixing the state.”

He also said he joined the APC because of President Muhammadu Buhari’s stance as “an honest man who always stand for justice”.

“I am in this race because I know for once, Nigeria has had a good leader, who is just and honest; whom I believe as the president would not interfere with how the party in states choose their candidates. I also would want all Nigerians to vote for Buhari, because he still remains the best candidate that can fix Nigeria for now.”

Mr Lawan said he is not worried about the fact that the indirect delegate system that Borno APC opted to use in the coming primaries may not favour him.

“I am a product of direct primaries, otherwise known as ‘Option-A4’ which brought me to power as the chairman of the largest local government area in Borno state in 1991,” he recalled.

“But even though the APC here in my state insist on indirect primaries, I am not still bothered because I know we have more than 3000 delegates that would partake in the primaries, and I have directed my core supporters to embark on door to door campaign to the delegates and warned them ‘against selling their votes to the wrong candidate’ who would at the end of the day loot our treasury.”

Oil price rises as markets tighten ahead of Iran sanctions