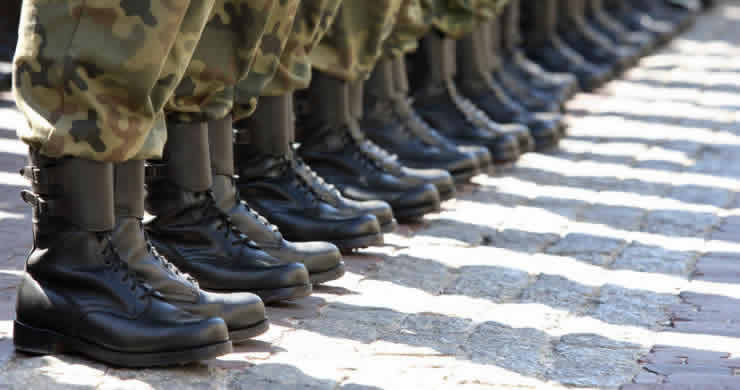 The Nigeria military on Saturday handed over 23 arrested children who were formerly associated with Boko Haram insurgents, to UNICEF through the Borno State government.

The children, according to the military, were picked up during various military raid operations around the north-east region.

Aged between 17 and 10 years, the boys and girls confessed to the military that they have been assisting the Boko Haram insurgents either as fighters or domestic helps in the camps.

Though, they were not allowed to speak directly to the press, some of them who spoke off the camera said they were forced or lured into joining the terror group, an action they said was regrettable.

The Theatre Commander of a military counterinsurgency force, Abba Dikko, said the 23 children were released in line with Nigeria military’s commitment to the observance of human rights.

“In as much as we are in a conflict environment, we know that these children are victims, who by their natural instability would have little or no option but to flock along in whichever circumstance they find themselves.

“But by the (tint) of luck and by our structures of interventions, we were able to identify this category of people, especially the women, the aged and children to whom it behooves our sense of duty and responsibility to ensure that they are removed from harm’s way and reconditioned and then passed on to those institutions that are responsible for their reintegration to normal ways of life.

Having established a component of the Operation Lafiya Dole which monitors and ensures adherence to rights protection, Mr Dikko, a Major General, said “the Nigeria military will continue to abide by the global best practices in its effort to remove all children associated with armed conflicts in northeast Nigeria.”

He said it was on that note that the 23 children, among whom were teenage girls that are pregnant, were handed over to the United Nations Children Fund (UNICEF) through the Borno State government.

The Head of the UNICEF field office in Borno State, Geoffrey Ijumba, said the release of the 23 children was a demonstration of the military’s commitment towards the protection of people’s rights in conflict situation.

“This, to us, is a clear sign of commitment by the Nigerian military to protect the rights and wellbeing of conflict affected children,” he said.

“We have the highest regard for the Nigerian military…and we thank them for this positive development which they have done today.

“These children can only be seen as victims of this conflict; otherwise they should be in schools just like your children and mine, so that in future they can become future leaders of this country.

He said UNICEF will work with the Borno State ministry of women affairs to provide the children with medical and psychosocial support before reuniting them with their families and integrating them in the larger society.

He said after the handover ceremony, the children will be camped at the state rehabilitation centre where they will stay for a minimum of 12-weeks during which they will be given varying support; including medical.

He said UNICEF has, since 2017, supported the social and economic reintegration of more than 8, 700 children previously associated with non-state actors in the northeast Nigeria by helping to trace their families, returning them to their communities and offering them psychosocial support and informal apprenticeship to help better their livelihoods.

A permanent Secretary at the Borno State ministry of women affairs and youth development, Yahaya Dankoli, thanked the military on behalf of the state government for the gesture and other previous releases of kids that were associated with the armed conflicts.