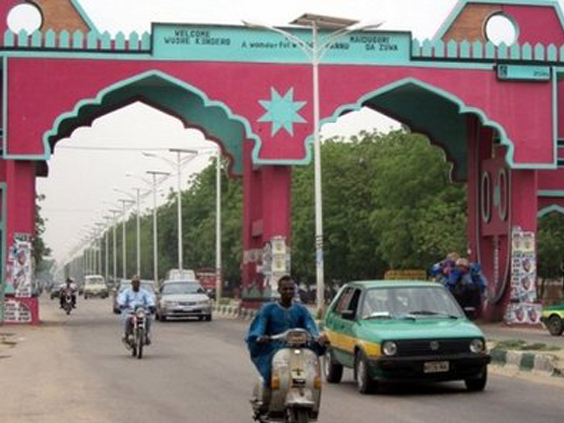 The Borno State Government has explained why it marked at least 47 hotels and what it called “illegal alcohol joints” for demolition within Maiduguri, the state capital.

The Attorney General and Commissioner for Justice, Kaka Shehu, mentioned threat to security and promotion of immoral conduct among teenagers as some of the key reasons government is not backing out until all such facilities are demolished.

Maiduguri was in the last few days overwhelmed with tension as the state government moved to carry out its threat of demolishing about 47 ‘hotels’ that were identified by security operatives as hideouts for various form of criminality.

The social media was also agog with divergent views on the intention of government even, as the hoteliers accused authorities of not giving them adequate notice before deploying equipment for demolition.

Places like federal low-cost along Baga road and Galadima in Maiduguri have become notorious spots where low-profile hotels and brothel owners allegedly make brisk businesses by not only providing cheap accommodation for guests but also serving as perfect hideouts for suspected criminals.

A graduating student of Nursing at the University of Maiduguri was early this year lured by her jealous boyfriend to one of such hotels where she was bathed with acid. No one reported the crime even as the perpetrator managed to drag the dying girl on a tricycle and dropped her off near her home.

A police officer was also found dead after he was hacked by unknown persons in the same location where the brothels are located.

Girls and boys of school ages were severally picked up by their parents from such places after they had left home for days, to either join a prostitution ring or group of drug addicts.

The attorney general said the state government, through the ministry of land and survey, had in January 2018 issued a two months vacation notice to the hoteliers. A repeated notice was issued in March which expired in April; but none of them was complied by the hoteliers, he said.

There are about 19 hotels in Galadima, a notorious suburb where the Nigeria Railway Corporation has its terminus. The terminus is not far away from where Boko Haram founder, Muhammed Yusuf, had his main mosque that is now levelled by the military.

Most of the hotels were built on the plots of land issued to businessmen by the officials of the NRC over four decades ago for the purpose of erecting shanties for the sale of food and alcohol.

PREMIUM TIMES also gathered that most of the hoteliers had no valid documents that authorised them to build permanent structures on the land that originally belonged NRC.

When the state government set up a committee to probe the operations of the hoteliers, it was discovered that most of the hotels in Galadima were built without any form of official authorisation from government.

What the owners could provide were faded receipt for payments made to the NRC to enable them erect temporary shanties to run alcohol joints.

The state attorney general who is the chairman of the demolition exercise told PREMIUM TIMES that the move to demolish the blacklisted 47 hotels was borne out of the responsibility of government to protect lives and secure the city.

But the hoteliers are now crying foul that the state government only gave them three days of notice before they moved in to commence demolition. This claim, which PREMIUM TIMES investigation found to be untrue, had generated outrage on the social media, with various commentator accusing government of unfair treatment.

“Having experienced Boko Haram, we as officials of government of Borno State will not fold our arms to allow anybody or outfit to directly or indirectly breed another set of criminals for us in any part of Borno state,” Mr Shehu said.

“It has become a thing of worry for after the restoration of peace in Maiduguri and its environs and to a larger extent Borno state, we begin to see lots of nefarious activities and criminal activities springing up in the nooks and crannies of the metropolis of our city.

“And these criminal outfits had so far aided and abated the commission of capital offences like murder, rape, manslaughter, kidnapping, baby factories, drugs addiction, prostitution as well as indiscriminate use of codeine especially by women and underaged girls.

“It has also come to the knowledge of the state government that school age kids and minors were being used as prostitutes in those hotels and brothels.”

He said it was on that disturbing note that the state security council held a meeting recently “where some of these situations were reviewed”.

“And pursuant to the pieces of intelligence presented to the government by the various security agencies, the security council in January directed the ban on sales of alcohol at unauthorised places as well as a total ban on illicit sales and ingestion of drugs.

“And this is to be enforced in such a manner that the sales of alcohol would be restricted to some designated areas such as military barracks, police formations and other places designated for military and other agencies places of relaxation.

With that directive given, the commissioner for justice said, the state ministry of land and survey issued a two months vacation notice to the concerned illicit hotel operators.

“Despite that directive, we discovered that hotels around Galadima, Baga road, Chezcoan area of federal low-cost, Ngomari costain and Jiddari Polo, all failed to obey.

“Even the police that is empowered by the Section 4 could not make this hoteliers comply in the most civil manner prescribed by government.

“We as a committee had to go round those areas, took lists of all hotels and demanded for their title documents but to our surprise none of them has a valid title documents”. All they could present to us were receipts for temporary allocation for shanties by the railway corporation, which we later found out were not even issued by the headquarters of the Nigeria Railway corporation.

“The document they had actually emanated from some few individuals that have even left the service of the NRC long ago.

“That flimsy document was what gave them the impetus of going even further to erect permanent structures on that location.

“We approached the NRC and they informed us that they were not part of the allocation of the land to the illegal hotel and brothel managers. Even the NRC had confirmed to us that they had long asked the hoteliers to vacate the land. We have a copy of that very letter.”

The attorney general said his office receives reports of different cases of criminalities being committed in Galadima and Baga road on daily basis.

“It was their nonchalant attitudes that pushed us to go there and mark all the properties for demolition. Even when we did that, none of them turned up or showed any concern about what the next action of government.

“When they saw us turn up with our earthmoving machines, it was then some of them ran to their lawyers who were even honest enough to inform them that they had a bad case since they don’t have any title document to their property.

“They were told to go and seek political solution; but that is not our concern now. It is the security and wellbeing of the people we govern that is our topmost priority just like any other government.

“We cannot sit down and watch another version of Boko Haram spring up right under our nose. Everyday, in those locations which I can best describe as a mini Sodom and Gommorah, all kinds of deadly crimes are committed. If you must know, the recent notorious acid attack on a final year student of nursing from university of Maiduguri was carried out in Room 4 Paragon Hotel.

“Most of the residents of that area find it very difficult to sleep both at night and during the day due to the rowdy activities of the hoteliers.

“We did not rush to go for demolition, instead we went to that place for the third time to issue warning telling them that the notice we earlier gave were subsisting and most be complied with.

“We have had volumes of reports from community leaders, religious leaders, both christians and Muslims, traditional leaders complaining about how things are degenerating in that area.

“So to put the record straight, we have complied with all the requirement of the law in the action we are taking against the illegal hoteliers and brothel managers. We have a total of 47 of them; 19 in Baga road and 28 in Galadima area. We had about 20 residential homes turned into brothels with prostitutes and alcohol, which we felt is not decent enough.

“We have all the security operators backing us in ridding Maiduguri of this social vices that is capable of causing us more havoc.

“So we plead with all beer consumers to reason with us and patronise only the officially designated locations and joints. Our intention is not to stop the consumption of alcohol or patronage of prostitutes, because we don’t even have the right by law to do so. But we have the constitutionally backed right to bring sanity in our society and save the future of our children that such illegal locations are capable of destroying.”

A group of hoteliers led by their chairman, Amechi Onwudijo, a popular hotelier in Galadima, told journalists at a press conference that they were not aware that the land subleased to them by the NRC officials was illegally done.

The hoteliers, who could not explain why they resort to erecting permanent structures on the land they had no right of occupancy, pleaded with government to give them a soft landing by either compensating their huge investments or allowing them to convert the hotels to rented apartments.

“Though ignorance of the law is not an excuse, but we cannot fight government even if we are right on this part”, said Mr Onwudijo

“All we want is for government to have mercy and consider the fact that some of us have lived here in Maiduguri for more than 40 years and have contributed to the economy as well.”

The Borno State Commissioner of Land and Surgery, Sugun Mai-Mele, however, said the hoteliers have no right of negotiating for compensation.

“We don’t have any business with the hoteliers as a ministry, we only know the NRC and we have communicated to them that we’re retrieving the land we leased out to them for an overriding interest of government, which they agreed,” he said.