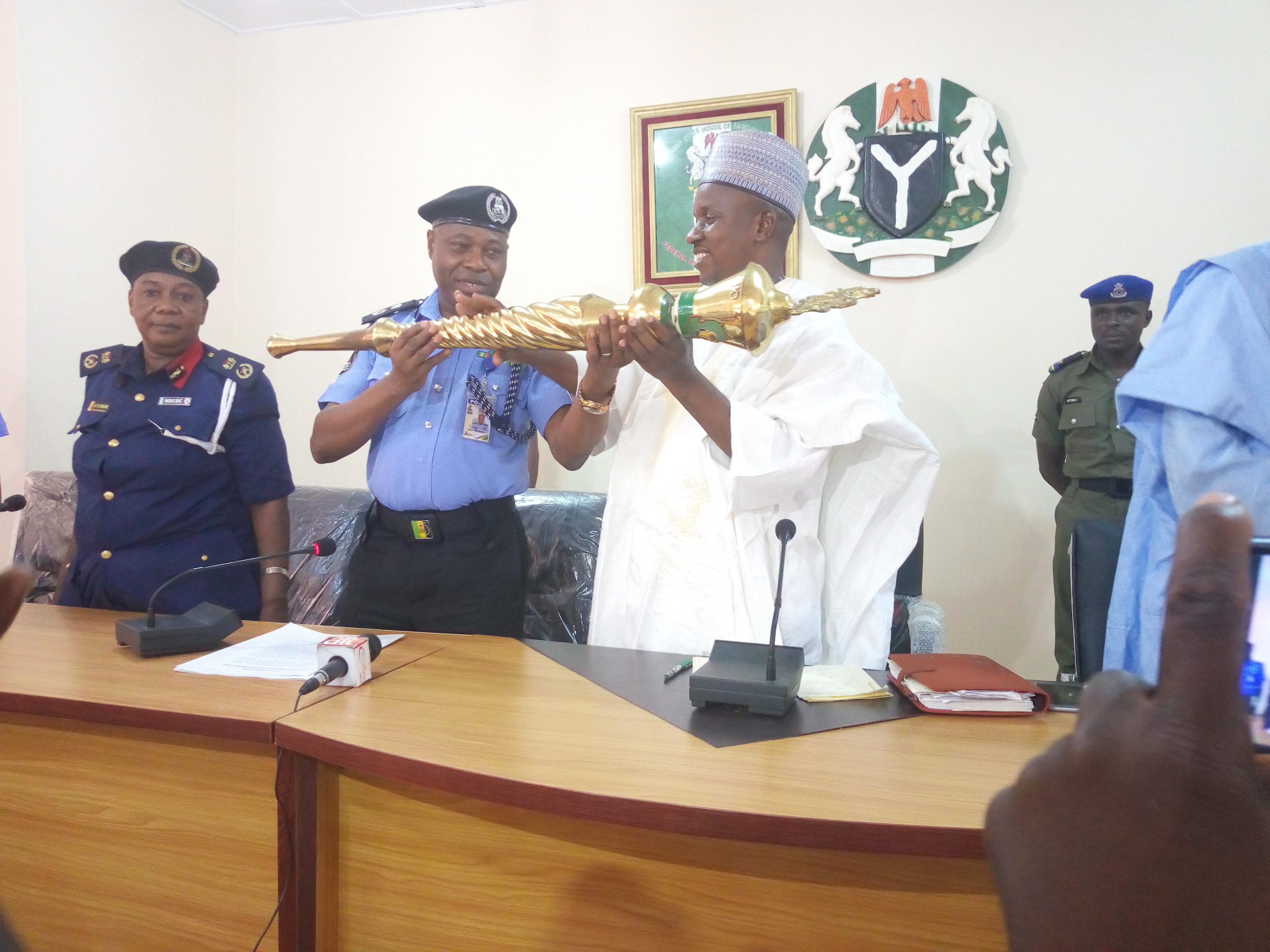 The Police in Gombe State on Friday said they had recovered the Mace of the state’s House of Assembly, forcefully taken away in a scuffle by some members during plenary on Thursday.

The Commissioner of Police in the state, Shina Olukolu, told journalists in Gombe that the mace was found around National Industrial Court in the state capital in the early hours of Friday.

The mace, the symbol of authority of the legislature, was said to have been whisked away by some aggrieved members of the assembly after a failed attempt to change their leadership.

“You will recall that yesterday, May 24, at about 1.30 p.m. the mace, the symbol of authority of Gombe State House of Assembly, was taken away by a honourable member of the house in company of others.

“The incident was allegedly occasioned by the dispute over leadership change of minority principal officers of the house.

“On receipt of the information, the Commissioner of Police visited the scene and heightened the security architecture already in place in the command based on the directives of the Inspector-General of Police.

“The pressure made them consequently to abandon the mace by the National Industrial Court in the state and it was recovered early on Friday.

“The mace is therefore today being handed over to the Speaker for his retention and use,’’ he said.

Receiving the mace from the police, the Speaker, Nasiru Nono, commended the police and other security agencies in the state for the proactive steps they took, which led to the recovery of the mace.

Mr Nono said the mace was taken by one of the APC members during plenary on Thursday.

Four APC members, in the PDP-dominated assembly, allegedly involved in the mace theft have been suspended by the assembly.

Nigeria going down, now being used as bad example — Jonathan