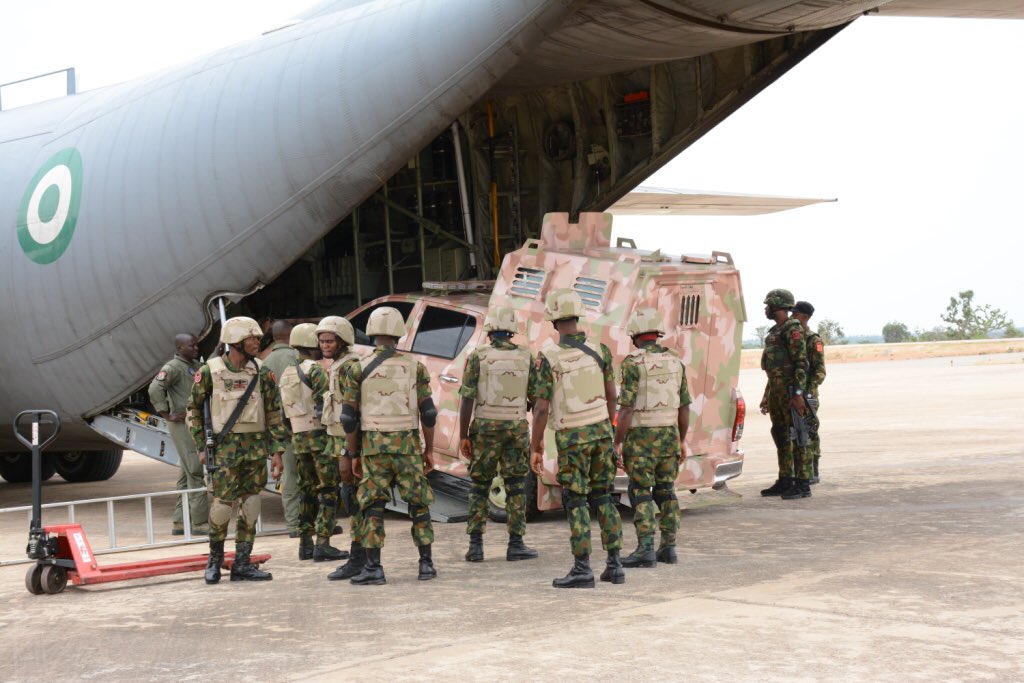 Other Quick Response Wings established by NAF in the North Central region are located in Doma, Nasarawa State and Agatu in Benue.

The Chief of Air Staff, Sadique Abubakar, who addressed the troops in Jalingo before their departure, urged the personnel to be professional in the discharge of their duties.

Represented by Napoleon Bali, the Director of Operations, NAF Headquarters, Mr Abubakar said “let me use this opportunity to reiterate the need for you to be professional in discharging your duties.

“You must always abide by the Nigerian Air Force Code of Conduct and Rules of Engagement (ROE) as well as the Laws of Armed Conflict.

“I, therefore, urge you to consider it as a rare privilege to be part of the pioneer troops to establish the unit.

“Accordingly, you need to maintain cordial relationship with the host community as they support you in your assigned responsibilities.”

The chief of air staff said the special forces were part of the ongoing NAF policy to build a robust Air Force capable of responding effectively, efficiently and timely to Nigeria’s national security imperatives.

He noted that the deployment marked the commencement of operations at the newly established Quick Response Wings in the North Central region of the country.

He added that evolving security challenges in the country and the need to create peaceful environment to facilitate increased economic activities necessitated the establishment of the unit in Nguroje.

Mr Abubakar urged the troops to partner with other security agencies to support Taraba in containing insecurity.

The air chief appreciated President Muhammadu Buhari, the Taraba Government, the host community and all who contributed to the smooth take off of the new unit.

The establishment of new units is in line with the chief of air staff’s vision of repositioning NAF into a highly professional and disciplined force through capacity building initiatives.

It is also for timely employment of air power in response to Nigeria’s national security imperatives. (NAN)