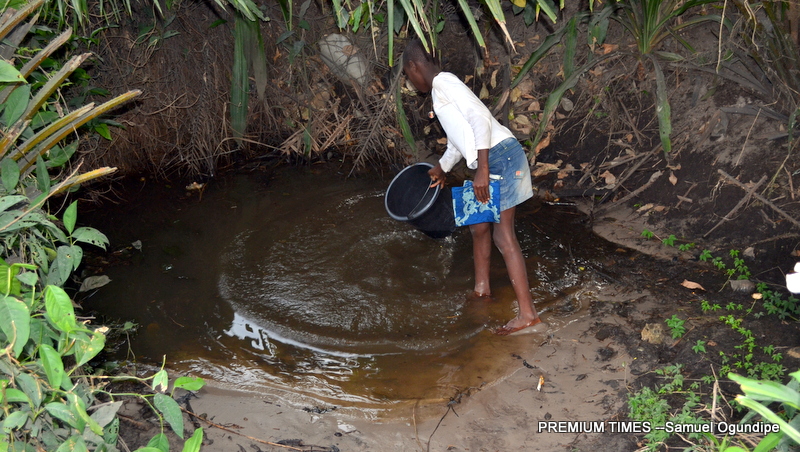 A child fetching water from a contaminated pond

The Executive Secretary, Bauchi State Primary Healthcare Development Agency (BSPHCDA), Adamu Gamawa, has confirmed the death of two out of the 20 people suffering from cholera in Bauchi metropolis.

Mr. Gamawa said that the deaths occurred over the weekend while briefing journalist on Monday.

He said that the agency in collaboration with development partners had made adequate preparations toward preventing the spread of the disease.

“The State Rapid Response Team has commenced surveillance across the 20 local government areas in the state.

“We recorded 20 cases of cholera in Bauchi metropolis and two out of them had been confirmed dead.

“The agency has written to all its ministries, departments and agencies (MDAs) such as the Bauchi State Environmental Protection Agency (BASEPA), Water Board to take measures to prevent its spread.

“The water board is to ensure a constant supply of potable water to the public and ensure environmental sanitation.

“These are keys to preventing the spread of the disease,’’ he said.

Mr. Gamawa added that BASEPA would also embark on fumigating Bauchi environment as part of its preventive measures against cholera.

It would also be involved in the provision of the Oral Rehydration Therapy (ORT) and other consumables needed for the treatment of the disease.

“We have a place at the Abubakar Tafawa Balewa Teaching Hospital (ATBU-TH) that can serve as an isolated camp for cholera patients.

“However, the situation has not reached that extent,’’ he said.

He advised the public not to panic, but urged them to ensure personal and environmental hygiene as proactive measure against diseases.

The News Agency of Nigeria reports that Bauchi State has not recorded any case of cholera since 2014.