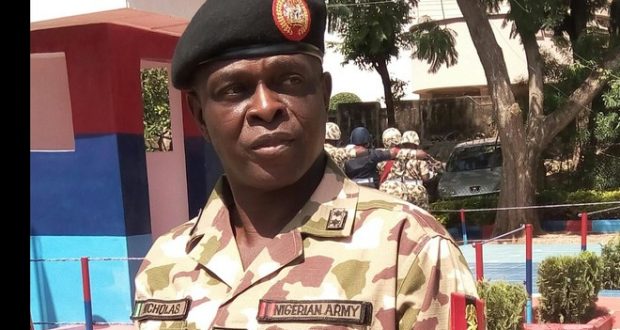 Nigerian troops have started building a major highway to open up Sambisa Forest, the fortress of the Boko Haram insurgents, following the defeat of the terrorists.

The Theatre Commander of Operation Lafiya Dole, Rogers Nicholas, a major general, said in Maduguri, the Borno Sate capital, on Thursday that the road project was to make troops to establish total dominance of the expansive forest that has been home to the insurgents for years.

The News Agency of Nigeria (NAN) reports that the military authorities have been making repeated claims that the nine-year insurgency has been finally crushed.

However, Boko Haram has repeatedly been packing bloody punches in communities in the northeast, the hotbed of the insurgency.

Boko Haram, which has been fighting to enforce a strict Islamic code in Nigeria, has killed thousands, destroying the economy of the northeast and displacing millions of people.

Mr. Nicholas, who spoke through the Deputy Director of Army Public Relations, Onyeama Nwachukwu, a colonel, said that the road would also link adjourning communities and deny the insurgents safe heaven.

Inspecting the ongoing rehabilitation of Gwoza-Yamteke-Bita Road in Borno, Mr. Nicholas said that officers and men of the Military Engineer Corps had started rebuilding roads and bridges, destroyed by the insurgents.

He said that the project was also aimed at encouraging the growth of social and economic activities as well as improving the wellbeing of rural dwellers.

“Successful completion of the road will facilitate troops’ domination of the insurgents tactical ground: ‘Camp Zero’ and its environs. It will also encourage the return of life to the communities.”

The commander solicited the support of Nigerians, especially those residing in the northeast, to fast-track the defeat of the terrorists.

The rebuilding of the highways is part of plans by the federal government to make the dreaded Sambisa Forest habitable and conducive for military training.

36,700 Nigerians with disabilities to benefit from Australian projects