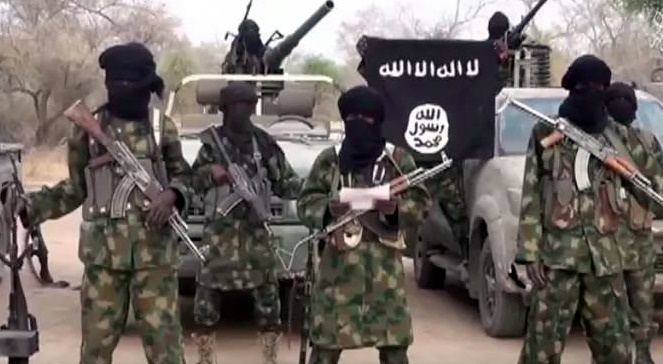 Residents and officials said at least four people were killed and many others including a House of Representatives member, Adamu Kamale, injured

Security and local sources said though the incident occurred on Christmas Day, it was not reported until Thursday evening due to communication problems in the mountainous area of Michika.

‘’It was not reported until Thursday due to lack of communication and the survivors have scampered while others climbed mountains for their lives,’’ Micheal Zira, one of the fleeing residents said.

Confirming the attack on Friday, the distraught lawmaker, Mr. Kamale, said the assailants sneaked into the town while people were celebrating Xmas.

“It was horror and we saw hell when the gunmen, though I cannot ascertain whether they were Boko Haram or not came to the area at about 11 p.m. on Monday being the Christmas day and launched an attack on residents.

“They just opened fire sporadically during which they killed four people while several other residents were injured in a bid to escape the onslaught.

“I escaped being killed by (the) whiskers and I can’t recall how I managed to climb the mountain. It was terrible,” the lawmaker, who represents Michika and Madagali federal constituency, said.

He urged the government to deploy more soldiers to curb insecurity in the area.

“The fact that our area shares borders with Sambisa forest and Cameroon Republic should have been enough reason why government must deploy security personnel to protect us. If the government does not take proactive measures to stem the ugly insurrection, they will kill all of us.

“The number of soldiers deployed is grossly inadequate, we need more security personnel as our villages share borders with Sambisa forest,” the lawmaker said.

He said four people were killed by the insurgents during the attack, while those injured have been taken to hospitals.

Mr. Abubakar said no arrest has been made. He said “the police and other security operatives will soon hunt the fleeing insurgents.’’

“The incident occurred at about 11 p.m. on Christmas day but we cannot get the details on time due to network problem; no communication in the affected area.

“Four people were killed and those injured were taken to hospitals and as I am talking to you now, police and other security were deployed to track down the fleeing gunmen. We want communities to help in reporting suspicious movements,’’ he said.

Michika and Madagali are the last two local government areas that were recaptured from Boko Haram by soldiers in late 2014. Despite this, the two still experience pockets of attacks by roving Boko Haram sect members.