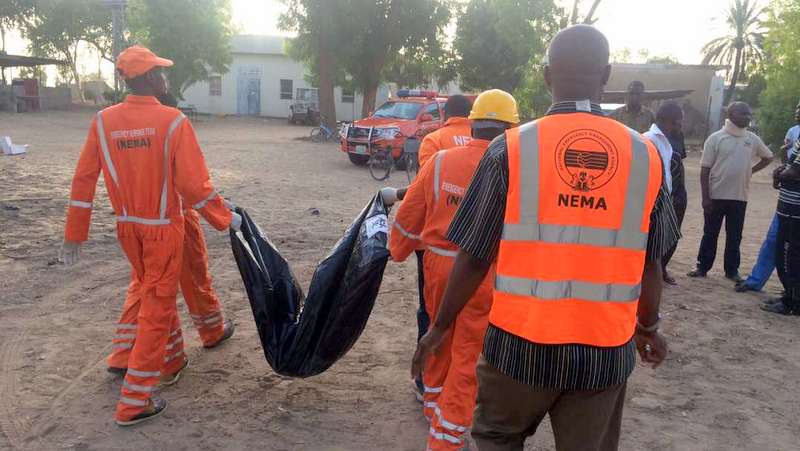 Remains of the suicide bombers

Three suicide bombers were killed in the early hours of Saturday when they attempted to infiltrate the Department of Works of the University of Maiduguri in Borno State‎.

The incident occurred at about 1.10 a.m last night Saturday.

Saturday’s attack is the latest in the series of attacks by suicide bombers on Borno communities. It also marks at least the third on the Maiduguri university in 2017 with a professor among the victims of earlier attacks.

The suicide attacks by suspected members of the Boko Haram have occurred despite the terror group losing most of the territory it once controlled to the Nigerian military.

The group recently released 82 Chibok girls from captivity, over three years after they were kidnapped from their secondary school in Chibok, Borno State. The girls were released as part of a prisoner swap that also saw the government release an undisclosed number of Boko Haram suspects.

How we are stopping Almajiri kids from joining Boko Haram - AUN