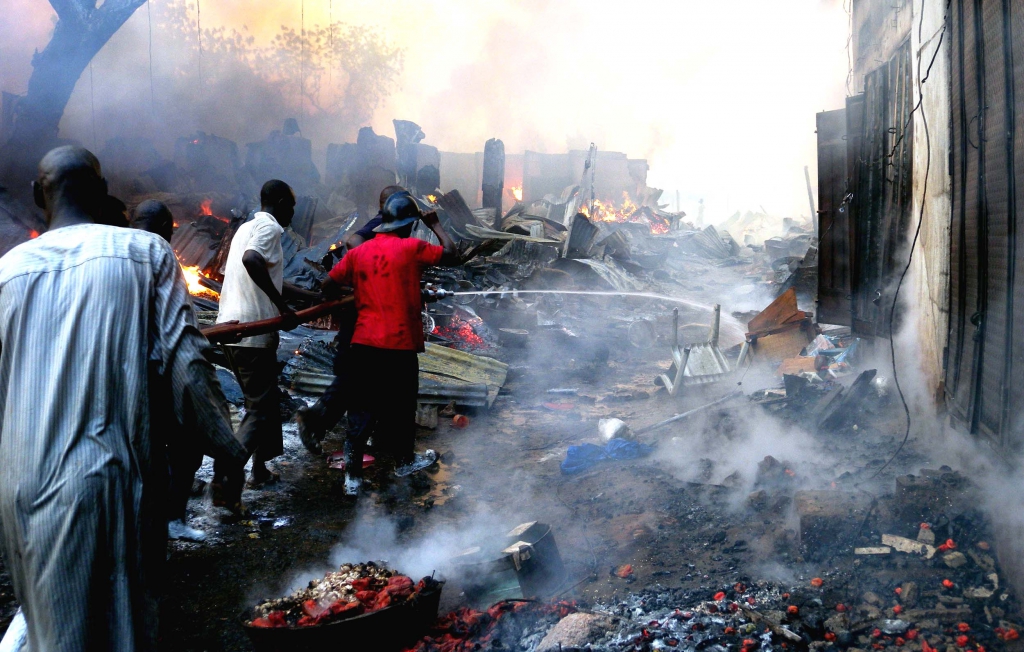 Properties worth over N40 million were lost as a fire in Gombe town’s main market razed about 48 shops on Tuesday.

Our correspondent who visited the market reported that the fire affected the section occupied by traders of cosmetics and tailors.

The chairman of the market, Mohammed Aliyu, gave the number of shops affected by the inferno.

“It was around 1a.m when I received a call that there was a fire outbreak at the market”. He said. “I quickly rushed down there and met a team of policemen and men of the fire service fighting the fire.

“Although no life was lost, so far 48 shops were destroyed by the fire and properties worth over N40 million are suspected to be affected,” he said.

“When we reached the market around 3 a.m. we could not get access to our shops”, Alhassan Abdullahi a cosmetic shop owner in the market said.

“We were watching when the fire razed down our shops. I lost over N2 million in the incident,” he lamented.

Chibeza Raymond, a cosmetics dealer, said he lost over N7 million to the inferno.

“I have two shops and just yesterday I stocked the shops but I could not remove anything from the shop,” he said.

When contacted, the spokesman of the Gombe State Fire Service, Haruna Wambai, also confirmed that 48 shops were destroyed.

He however said investigation was ongoing to ascertain the cause of the fire.