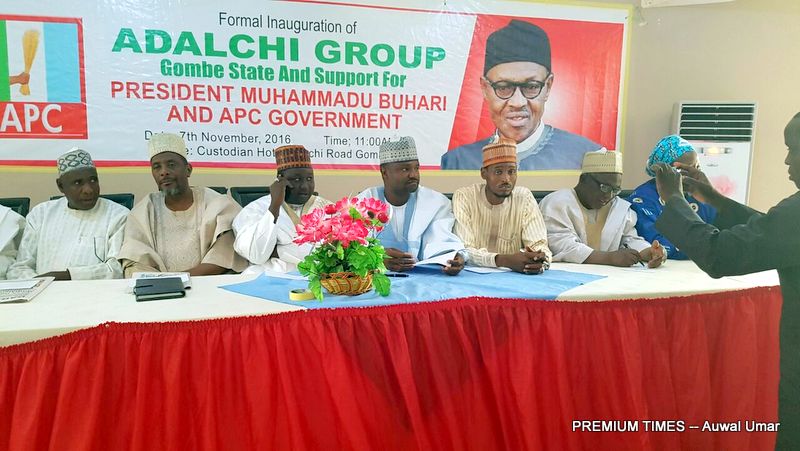 Members of the defunct Congress for Progressive Change in Gombe State have formed a group, Adalchi, to broaden support for President Muhammadu Buhari and ensure better representation in the All Progressives Congress leadership in the state.

The chairman of the group and former member of the House of Representatives (Gombe, Kwami and Funakaye federal constituency), Khamisu Mailantarki, disclosed this to PREMIUM TIMES in Gombe.

Mr. Mailantarki said the CPC members decided to regroup to resist the activities of party leaders in the state, who they accused of jeopardising the efforts and policies of the Buhari-led federal government and marginalising them in the state.

He said though the APC emerged from the merger of three political parties, members of the defunct new-PDP in Gombe hijacked the party from ward to the state levels.

“The members of the CPC were shut out as none of the CPC member emerged in the APC executive committee or structures from the unit, wards, local government, state and national level”, Mr. Mailantarki alleged. “None of the CPC member was allowed to contest in any position during the general election in 2015,” he added.

“The party leaders in the state did not live up to expectation as a result of factionalization of the party that compelled the national leadership to dissolve four key positions in the state and constitute a caretaker committee from our neighbouring states,” Mr. Mailantarki said.

He advised new members that decamped to the party to ensure they add value to the party at the state and national levels and not to add fuel to the crisis in the party.

The APC in Gombe State had broken into two factions, with each suspending members of the other from the party.

On July 6, 2015, the state secretary of the party, Manu Pindiga, announced the suspension of the state chairman, Muhammed Doho, and 17 others, accusing them of anti-party activities, gross misconduct and incompetence.

Two hours after the announcement, Mr. Daho called a press briefing to announce a counter dismissal of a former governor of the state, Danjuma Goje, and 11 others, accusing them of not respecting the party’s constitution, and misconduct.

Why we suspended judges accused of corruption – Chief Justice of Nigeria