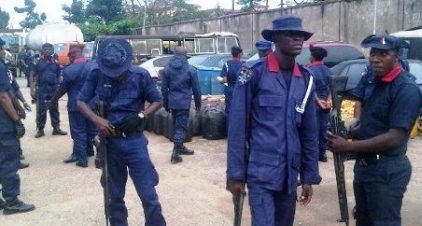 Mr. Muhammad told the News Agency of Nigeria (NAN), in Damaturu on Thursday that the boys were likely aged between 13 and 14 years, and that investigation was in progress to ascertain their identity and cause of death.

The commandant urged parents and guardians to monitor the movement of their wards to avoid the waters as the rain intensifies.

“We received report of flooding after down pour in which several people were rendered homeless following destruction of houses and farmlands while livestock were washed away.

“There was no loss of human life but, eight goats died while several others were missing’’, he said.

The commandant charged communities living on water ways to relocate from the water routes to avoid further disaster.

“There are reports indicating possible flood in Yobe and other states, so the communities should take precautions to safeguard their lives and property

“Residents of towns and villages are also advised to evacuate drainage and water channels to pave way for smooth flow of water in their communities,” he cautioned. (NAN)