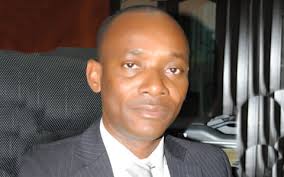 The Nigerian Electricity Regulatory Commission, NERC, says it has not received from the Bureau of Public Enterprise, BPE, any information indicating the withdrawal of Yola Electricity Distribution Company, YEDC, from the privatisation arrangement.

According to Steven Andzenge, Commissioner, Legal, Licencing and Enforcement of NERC, the company still covers Yobe, Borno, Adamawa and Taraba for electricity distribution.

He told the News Agency of Nigeria in Abuja on Sunday that YEDC was still carrying on with its operations in the states.

“As far as NERC is concerned, YEDC has not entered into any force majeure in its dealings with NERC as a regulatory institution,’’ he said.

He said that in spite of the security challenges in the north east region, the company was still operating in the region.

“Yola Distribution Company has not filed any force majeure with the commission,” he said.

“We admit that there were security challenges in the geo-political zone. The company has (not) been able to carry on business in some of its business centres in the region.”

He explained that the commission only got the information about the withdrawal of the investor through the newspapers.

“We have read in the papers in respect of the issue but we have yet to be advised by BPE as to what is the actual situation,” he said.

Yobe North: Why we sent Lawan’s name to INEC — Adamu