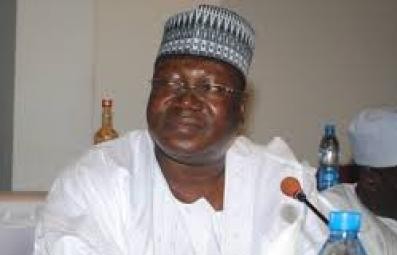 As the race for the selection of new set of leaders for the National Assembly continues, the South East chapter of a non-government organisation, National Coalition for Good Governance, has pleaded with Senators-Elect to “unanimously” elect Ahmad Lawan, the Senator representing Yobe north as the President of Senate.

The group, which consists of a number of Non-Governmental Organisations, in a press statement on Wednesday said from its analysis, the nation would require a “stable, visionary and purposeful National Assembly”, which it said the Senate Presidency of Senator Ahmed Lawan will guarantee.

The group said Mr. Lawan has “consistency in character, capacity and competence”.

In an apparent analysis of all contenders for the post, the group declared “having scored so high in the areas of consistency, character and competence, we therefore strongly appeal to the APC and the Senators-elect to please do the needful for the sake of posterity by electing unanimously, distinguished Senator Ahmed Ibrahim Lawan as the President of Senate”.

“Consistency in political party affiliations points to character and dependability which are critical to the person who will occupy the office of the President of Senate,” the statement signed by Eze Odiri, the coordinator of the group, said.

The group said Mr. Lawan had exhibited consistency in many areas, especially in party membership, stressing that he “has consistently been a member of the ANPP until it merged with other parties to form the APC”.

It added that Mr. Lawan had been in the National Assembly since the return to democratic rule in 1999, first as a member of the House of Representatives before heading to the Senate in 2007.