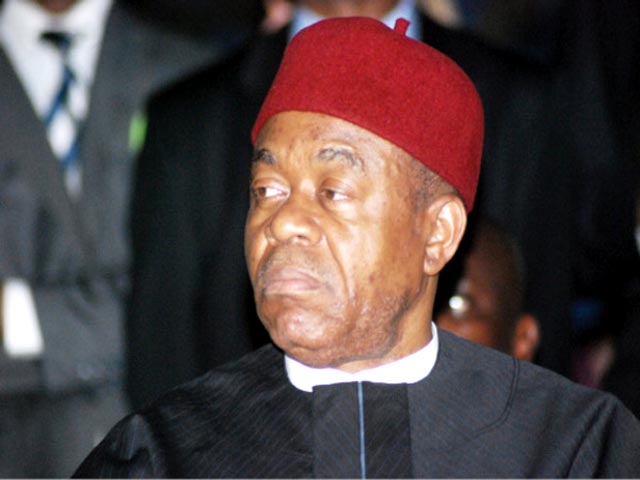 The Ohanaeze Ndigbo, the apex Igbo socio-cultural organisation, has endorsed President Goodluck Jonathan for a second tenure of office.

The President-General of the group, Garry Igariwey, made the assertion on Tuesday in Umuahia, while briefing Gov. Theodore Orji of Abia, and the chairman of the South-East Governors’ Forum.

The briefing was on the outcome of the meeting of the group in Enugu.

Mr. Igariwey said the decision to endorse Mr. Jonathan was unanimously taken at an enlarged meeting of all the affiliate Igbo groups.

He said the organisation was convinced that Mr. Jonathan’s administration had made tremendous efforts to address the infrastructure needs of the people of the South-East.

He appealed to other zones in the country to support Mr. Jonathan’s candidacy, saying it was only fair and just to allow the South-South to complete a second tenure.

He also urged Nigerians to realise that the wealth of the nation came from the South-South with the attendant environmental degradation.

The president-general added that no sacrifice would be too much to make for the area.

Responding, the governor thanked Ohanaeze for its decision, saying Mr. Jonathan deserved the support of all well-meaning Nigerians.

He said that Nigeria belonged to all Nigerians and that there was no justification for anybody to deny the president a second tenure.

Mr. Orji, who is the Coordinator of the Jonathan/Sambo Campaign Organisation in the South-East, promised to deliver the document of the endorsement to the president.

On the Ohanaeze delegation were the former governor of Anambra state, Peter Obi and Deputy Director-General of Jonathan/Sambo Campaign Organsiation, Ben Obi.

The Chairman of the South-East Traditional Rulers Council, Cletus Ilomuanya, is among others in the delegation.