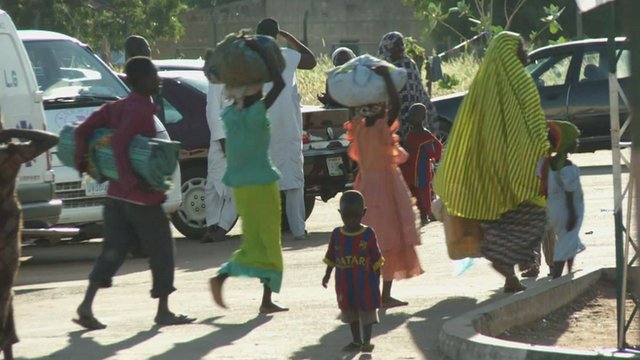 The agency’s Spokesperson, Sani Datti, said in Yola on Tuesday that more than 6,000 children were among the IDPs.

Mr, Datti said that the agency, in collaboration with the Adamawa State Emergency Management Agency and the Nigerian Red Cross were managing six major camps.

He said “The present figure of IDPs so far as captured by NEMA shows those stationed in various camps in Yola and the figure stands at 17,045.

The spokesperson said the major camps include the one at Nyako Housing Estate with a total of 2,325 IDPs in which 493 were women and 317 were men, while 1,515 were children.

Mr. Datti said that the biggest and largest IDPs camp in the state was that of National Youth Service Corps, NYSC, camp at Bajabure village, where 9,000 people were accommodated, including over 2,300 children.

“Right now, we are still waiting for the arrival of some IDPs who ran into Cameroon during the recent attack on Mubi town and other towns.

“In fact, we have started erecting tents for them,” Mr. Datti said

He appealed to IDPs, especially those living with either their relatives or host communities, to come out and register at nearest camp, saying that government had provided enough relief materials to carter for the needs of the IDPs. (NAN)

Yobe North: Why we sent Lawan’s name to INEC — Adamu

All APC presidential aspirants are better than Jonathan, says Atiku