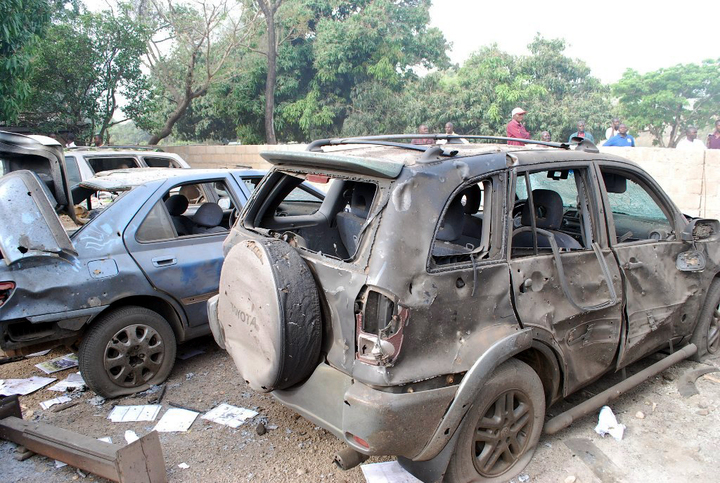 File: Bomb blast at a church in Jos

The explosion occurred on Saturday evening.

Less than a week after multiple explosion killed over 200 people in Jos, the Plateau State capital, another round of explosion has gone off in the city Saturday night, residents and a security official say.

The sound of the explosion was heard in Jos South LGA, about 25 kilometres away from the scene.

A witness, Tank Shittu, who rushed to the scene five minutes after the blast, said the explosion occurred near a car park, few meters away from a security checkpoint.

The spokesperson of the Police State Command of the Nigeria Police, Felicia Ali, confirmed the incident but said details were still sketchy.

A resident said the suicide bomber died 20 metres from a viewing centre where football fans gathered to watch the ongoing final of the UEFA Champions League between Real Madrid and Athletico Madrid. That could not be independently verified at this time.

Multiple explosions had on May 20 occurred around the ever-busy Jos Main Market, between Railway Terminus and the temporary site of the Jos University Teaching Hospital, killing over 200 people.