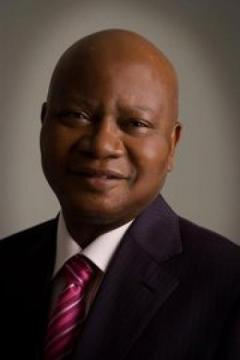 Mr. Gundiri was the governorship candidate of the defunct ACN.

One of the founding members of the All Progressives Congress, APC, in Adamawa State, has dumped the party for the Peoples Democratic Party, PDP.

Addressing journalists on Monday in Yola, Mr. Gundiri said that his decision to defect to the PDP was based on “breach of trust and lack of accommodation’’ in the APC.

Mr. Gundiri , a gubernatorial candidate on the platform of the defunct Action Congress of Nigeria, ACN, in the February 2012 election in the state, said his action was aimed at “strengthening democratic norms and principles.’’

He said that he was initially optimistic that the fusion of the ACN, CPC and ANPP to form the APC would provide a rare opportunity for the APC to defeat the PDP in the 2015 gubernatorial election in the state.

He listed “injustice and impunity’’ displayed by the interim committee of the APC as other reasons that forced him to dump the APC for the PDP.

Mr. Gundiri criticised the way the interim committee of the APC was constituted in the state without “due recognition and respect’’ for senior partners in the coalition that formed the APC.

He called on his supporters and the electorate in the state to support the PDP to move the state forward in 2015.

He said that arrangements were on to receive him and his supporters into the PDP.

Mr. Gundiri’s defection comes a few months after the state governor, Murtala Nyako, left the PDP for the APC.

Mr. Nyako had contested against Mr. Gundiri and others including Buba Marwa of the then CPC, in the 2012 governorship election.

Peace meetings had been called between Messrs Nyako, Gundiri, and Marwa since the governor joined the APC, amidst rumours that the latter two could join the PDP.