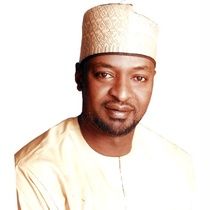 I have no apologies for quitting DPP for APC – Kwande

The member of the House of Representative representing Jos North/ Bassa federal constituency, Plateau State, Sulaiman Kwande, who recently defected from the Democratic People’s Party, DPP, to the All Progressive Congress, APC, has reiterated his resolve to ignore threats by his former party leader, Jerry Useni, to return to the party or be recalled.

Mr. Useni had in a recent interview threatened to take the lawmaker to court should he fail to return to the party this Monday.

The lawmaker made his position known on Monday at the APC state secretariats in Jos, when he presented three cars to the party.

“My presence here at the party office speaks of the ultimatum issued to me by my former party leader. I have moved to APC and my decision stands. I have no apologies to anyone, considering the defection. I have gone to where I’m most comfortable,” Mr. Kwande said.

The state interim chairman of the APC in Plateau, John Shagaya, thanked the lawmaker for the cars. Speaking on the strength of APC in the state, Mr. Shagaya revealed that membership registration in the state had been extended by two days due to hitches encountered during the original five days stipulated by the national chapter of the party.