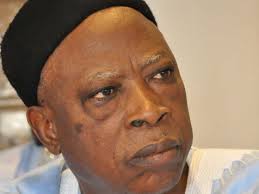 Some of the lawmakers say they would not decamp with the senator.

The defection of Abdullahi Adamu, the Senator representing Nasarawa West senatorial district, to the All Progressive Congress, APC, is reportedly causing ripples among state lawmakers from the district.

The Nasarawa West senatorial district, which has five local government areas, has ten members of the Nasarawa State House of Assembly. Only two of the 10 lawmakers are members of the APC; both of whom are from Keffi Local Government Area. The 24-member Nasarawa Assembly has 19 PDP members and 5 APC members. The state governor is, however, a member of the APC.

PREMIUM TIMES learnt that there is pressure on the state lawmakers in Nasarawa West to decamp with the senator.

Some of the lawmakers are said to be afraid that their electorate could turn against them, particularly if the APC wins the March 22 local government elections in their areas.

One of the affected members representing Kokona East constituency in Kokona Local Government Area of Nasarawa West, Danladi Jatau, met with PDP supporters in his Agwada ward constituency on Saturday and pleaded with them to remain in PDP.

When PREMIUM TIMES arrived the venue of the meeting, many of the party members were seen assuring the lawmaker that they would not abandon him.

Mr. Jatau would not comment on his reason for holding the meeting.

When contacted, the chairman of the Nasarawa Assembly Committee on Information, Baba Ibaku, said the lawmakers are using the recess to sensitise their constituents on the local government elections.

He claimed it was not true that the lawmakers were disturbed by Mr. Adamu’s defection.

“Even today, we held a meeting on how to prepare for the local government elections; we are not taking any chances,” he said.

Overcoming the fear of vested interest: Sanusi Lamido at TEDxYouth@Maitama