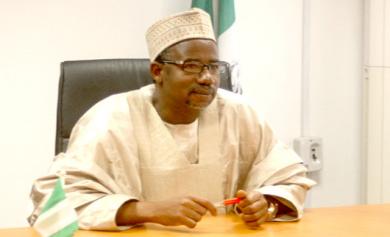 Some of the schools have secondary school drop-outs as teachers.

The Abuja administration has concluded arrangements to shut down over 150 substandard private schools operating illegally in the Nigerian capital by January 2014, an official has said.

Mr. Usman said that the Department of Policy and Implementation (DPI) of the secretariat supervising the operations of the private schools observed that they were operating below the expected minimum requirements.

He said that the schools lacked infrastructure and academic standards, adding that the FCT administration, FCTA, had given approval to the DPI to shut them down as soon as the schools resumed next year.

“Some of the schools are using shanties, one classroom, some are sited close to refuse dump sites, while some of the teachers are secondary school drop outs.

Mr. Usman said that DPI had also accredited 384 private schools within the FCT that met the requirements and standards of the secretariat.

Analysing some of the achievement recorded by the secretariat, he said that Model Secondary School in Maitama won the Best School Award in 2012.

According to him, the FCTA has signed an agreement with the Korean Organisation for International Cooperation and Assistance (KOICA) to establish Model Primary and Junior Secondary Schools on Airport road.

“The FCT Minister has provided a plot of land for the school which will be constructed at a cost of N2.4 billion,” he said.

According to him, work is expected to start in earnest as soon as access roads are provided.

Mr. Usman said that the FCT Education Resource Centre (ERC) in collaboration with the Confucius Institute in China had concluded arrangements to commence the teaching of Chinese language with effect from January 2014.

“This is because China is fast becoming a dominant economy on a global scale; the Chinese language is becoming one of the global languages of business after English and French.

“It becomes imperative that Nigerians learn the language as it might in future become the preferred language of business.’’

The secretary said that some of the challenges facing the secretariat were inadequate funding, difficult terrain of some rural communities in the FCT and inadequate office accommodation.

According to him, other challenge is influx of people into Abuja, resulting in overstretching of available facilities in some of the schools, especially in urban and semi-urban areas.