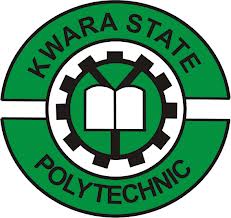 One student was expelled for theft.

The Governing Council of Kwara Polytechnic, Ilorin has approved the expulsion and rustication of three students from the institution.

The students were found guilty of various offences by the Disciplinary Committee of the institution.

The Registrar Of the Polytechnic, Salami Olanrewaju, said in a statement in Ilorin on Monday that the council had approved the recommendation of the disciplinary committee.

According to the statement, Afolabi Mathew Oluwatobi, with matriculation number ND/II/BS/FT/532, Faculty of Business Studies is expelled for allegedly stealing 11 handsets, purse and wallets.

He committed the offence at the Institute of Technology of the polytechnic.

Adam Abdullahi and Olanipekun Toney Abimbola, with matriculation numbers HND/II/CEG/FT/120 and HND/12/MET/FT/014 respectively, were rusticated for one academic session each.

They were found guilty of engaging each other in a bloody fight within the polytechnic’s premises.

The statement directed the affected students to vacate the polytechnic campuses immediately and to hand over all property of the institution in their custody to their respective head of departments.

Medical students march to support bill on violence against women