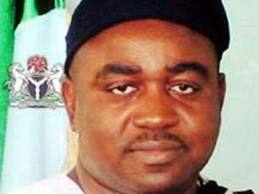 The recess will give the members the opportunity to rest, said the majority leader.

The Benue House of Assembly will commence a four-week recess on Friday.

According to the majority leader, Paul Biam, it is to enable the members take adequate rest during the period.

Mr. Biam, who made the announcement in Makurdi on Thursday during plenary session, said the recess would take effect from May 3 to June 4.

He, however, enjoined his colleagues to go and interact with their constituents in order to ascertain their plight with a view to proffering solutions to them.

He said that the recess would also give the members the opportunity of venturing into research that could be of immense benefit to their legislative responsibilities.

According to him, it will spur them to contribute meaningfully to debates when they resume for duties.

Mr. Biam appealed to them to always make themselves available to the House while on recess, adding that they could be called upon to attend to a pressing state matter any day.

He, therefore, moved a motion for the recess which was seconded by the Minority Leader, Adugu Gbileve.

The Speaker of the House, Terhile Ayua, wished his colleagues a fruitful recess.