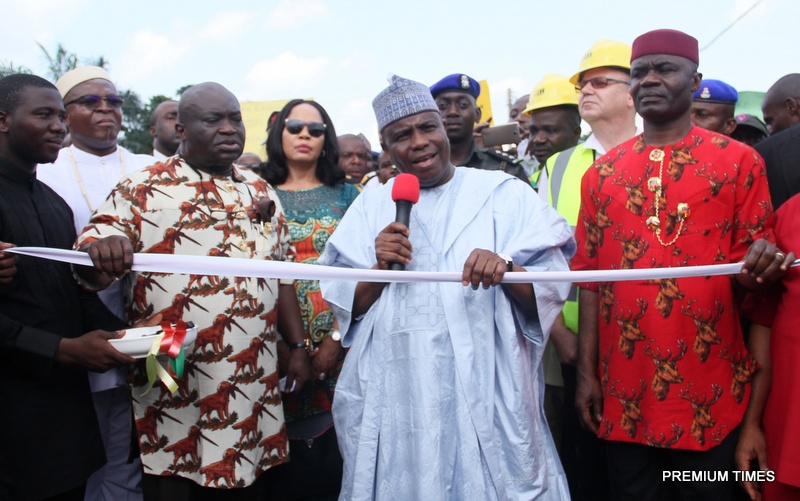 Sokoto State Governor, Aminu Tambuwal, has urged states in the southern part of the country to support the federal government’s plan to introduce grazing reserves in order to tackle clashes between herdsmen and some communities in the country.

“Introduction of the new grazing policy, especially in Northern states, is a logical idea since it will restrict the movement of herdsmen to designated areas, away from farmlands and communities,” Mr. Tambuwal said in Aba, Abia State, when he visited Governor Okezie Ikpeazu.

Mr. Tambuwal was in Aba to flag off road projects executed by the Abia state government.

“I am a Fulani man and I have herds of cattle but I restricted my cattle to a particular location because I need to monitor what they eat and constantly check on their well-being in general.

“I also know the quality of meat, milk and skin they produce after I take good care of them. So allowing them to roam about in far flung areas in search of grass and water is inimical to their health and the health of the herdsmen taking care of them,” Mr. Tambuwal said.

He said all Nigerians should support the government to get a lasting solution to the challenge.

On the roads flagged-off, Mr. Tambuwal praised Mr. Ikpeazu for managing available funds judiciously and for completing the roads.

He said the roads would help to alleviate the plight of the people, and urged the people to continue to support the administration to deliver more dividends of democracy to them.

The roads commissioned include Ehere, Umuojima road (renamed after the former Deputy Governor, Chima Nwafor), as well as the Umuocham-Umule-Umuehilegbu roads.