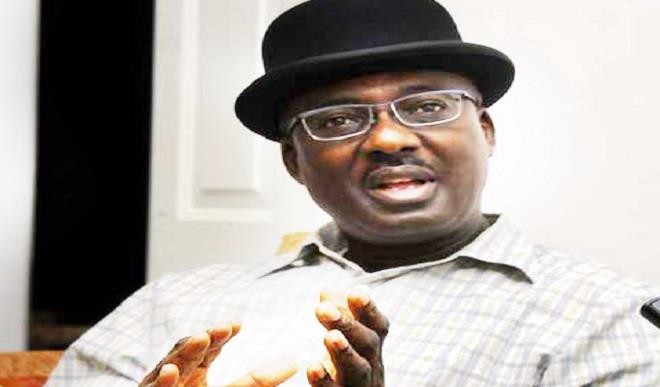 The inauguration was done at the party’s national secretariat in Abuja.

The seven-member Screening Committee is chaired by Chibudum Nwuche, a former Deputy Speaker of the House of Representatives.

Other members are Olubunmi Adetunmbi, Caleb Zagi, Mary Enwongulu, Aisha Aliyu, Kizito Martins and Oyibo Obasi, who will serve as the secretary of the committee.

A statement by the APC, Wednesday, said a three-member Screening Appeal Committee, chaired by Olorunnimbe Mamora, a former Lagos senator, was equally inaugurated.

Other members of the Mamora committee are Nkechi Nwaogu and Abubakar Moriki, the secretary of the committee.

The APC National Organising Secretary charged the seven-member Screening Committee to carry out comprehensive due diligence of all documents submitted to the party by the 12 aspirants.

He also said all aspirants should be treated fairly and justly during the screening exercise.

“Today, we have assembled very eminent personalities of our great party to undertake this important assignment for us. The APC governorship primaries for Edo state will be on 18th June, 2016 in Benin while the screening will commence this afternoon (Wednesday) in Abuja. We don’t want any interference with your job that is why we are not conducting the screening exercise in Benin. It has always been our tradition to conduct the screening outside the state.

“You have a very big task. If you bring an aspirant that is not qualified and he or she runs the election on our ticket and wins, and the other people go to court, our party will lose to a party that came second, so your duty is very critical,” Mr. Izunaso said.

Speaking at the inauguration, the chairman of the Screening Committee, Mr. Nwuche, said the litmus test for the success of any political party is premised on the fairness of its candidate selection processes and overall adherence to the principles and practice of internal party democracy.

“What makes a party strong is the justice it dispenses in the selection of candidates and the screening exercise is the first in that process…What killed many parties in the past including the Peoples Democratic Party (PDP) is injustice. In APC, I know that that will not be here,” Mr. Nwuche said.

Twelve aspirants (11 male and one female) collected the APC Expression of Interest and Nomination Forms for the Edo state governorship election.

The statement added that the time-table and schedule of activities for the conduct of the Edo State 2016 APC Governorship Primary Election was also released by the National Organising Secretary.

It said the Sale of Forms at the APC National Secretariat took place from Tuesday 17th May to Friday 3rd June, 2016

It also said the last day for Submission of Completed Forms also at the APC National Secretariat took place on Monday 6th June, 2016

Mr. Izunaso also announced that screening of aspirants would take place in Abuja from Wednesday June 8 to Sunday June 12, 2016, while the screening appeal would hold from Monday June 13 to Wednesday, June 15, 2016.

Nigeria Police’s ‘Beyond your sight’ premieres