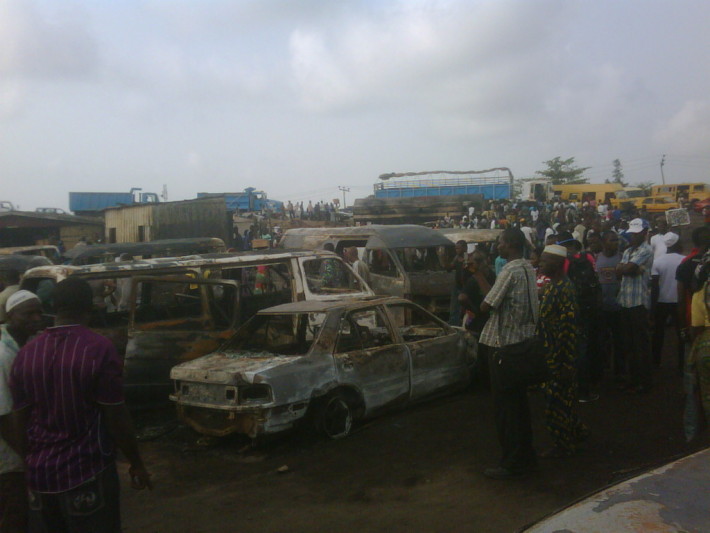 Following the crisis in the Mile 12-Ketu area of Lagos State last week, the State House of Assembly has called on the state government to consider a relocation of the Mile 12 market.

Reacting to the crisis that occurred in the market last week, where some people lost their lives and properties destroyed, the House said, under matter of urgent public importance moved by the lawmaker representing Oshodi Isolo Constituency II, Hon. Jude Idimogu that the incident was unfortunate and should be avoided.

The Assembly consequently called on Governor Akinwunmi Ambode to relocate Mile 12 and Owode Onirin Markets to another location after conducting necessary feasibility studies and when accompanying infrastructures must have been provided.

While commiserating with the family of those, who lost their lives in the incident, the House condemned the killings and the attitude of soldiers stationed at the market, but who could not prevent the crisis.

The House then called on Governor Akinwunmi Ambode to constitute a high-powered enquiry into the crisis and punish the perpetrators.

The Speaker of the House, Hon. Mudashiru Obasa had earlier said that the incident was a result of disagreement amongst brothers, adding that the state government should summon courage and come up with a political will on the issue.

“Soldiers have been stationed at the market since 1999, yet they have not been able to solve the problem. There is a police station there, what did the DPO do, when the incident occurred.

“It is a market without structure, we can move the market to another place if we can provide an alternative. We should look at a new planning, we cannot have such a market at the centre of a megacity,” he said.

But Hon. Gbolahan Yishawu suggested that the matter should be properly investigated to avoid a -re-occurrence rather than just relocating the market.

Deputy Speaker of the House, Hon. Wasiu Sanni Eshinlokun stressed that the market was not well organised and that a visit to the place would revealed that it is not a conventional market.