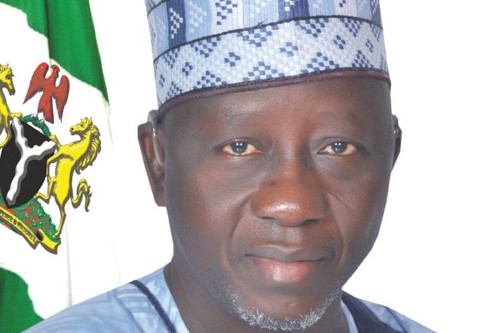 Nasarawa assembly to probe payment of half salaries to LG staff

The Nasarawa State House of Assembly has set up a joint committee to investigate the alleged payment of half salaries to staff of local government and development areas.

The House took the decision after deliberation on a motion brought by Mohammed Ibaku (PDP Udege Loko), under matters of urgent public interest.

Mr. Ibaku said that local government and development area staff from his constituency in Nasarawa local government area of the state were alleging that they were paid half salaries in the month of June and August without explanation.

Mr. Ibaku explained that the development was causing undue hardship to the affected staff and wondered why the government would subject the people, who are legitimate staffs of their various local governments, to such treatment.

“I am on my feet, Mr. Speaker, to move a motion that the state assembly investigate why the local government staff from my constituency would be paid half salaries for two months,” he said.

Anthony Obande (PDP Doma south), who supported the motion, expressed regret over the development and said that it was the highest point of corruption to siphon the salaries of legitimate local government staff where a large number of the population resides.

Mr. Obande said such an action was one of the causes of the incessant crises in the state and urged the state government and those behind the act to exercise restraint.

Francis Orogu PDP (Keana) said that the allegation had vindicated the House over its impeachment report that alleged high level corruption in the local government ministry. He noted that some local government staffs were queried for sharp practices yet they were not punished.

“The auditor general report had indicted seven people, asking that they return monies missing in the ministry of local government and meant for local governments in the state and that they should be punished; yet, nothing was done,” he said.

The House, which was presided over by the deputy Speaker, Elsiha Agwadu (PDP Obi ii), unanimously adopted the motion that a joint committee consisting of the local government, information, petition, and public accounts, be set up to investigate the allegation and report back in one week.

The House mandated the committee to invite the 13 elected local government chairmen and directors of personnel of development areas in the state and relevant ministry officials and find out the reason behind the payment of half salaries.

The House then adjourned to Tuesday.

Two Nigerians, Israeli caught in South Africa for smuggling about US$10 million to buy arms