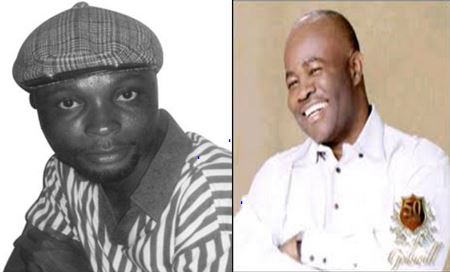 Journalist said he was treated like a king in detention.

The Monday Editor of an Uyo-based newspaper, Global Concord, Thomas Thomas, was, on Thursday, set free by the Department of State Security , DSS, after 38 days in detention.

Mr. Thomas, who narrated his ordeal while in detention, shocked reporters in Uyo when he claimed on Friday that his captors treated him like a king throughout the period.

“For the past 38 days that I was in the SSS detention, it was like I was a king in their hands,” Mr. Thomas said. “Forget about the beard you see me wear. I was the one who protested that I didn’t want to shave it.”

Mr. Thomas, who thanked everybody who stood by him throughout the period he was in detention, said he was contemplating writing a book to chronicle his experience, to tell the world he passed through in the hands of the security operatives.

He expressed special appreciation to lawyers, journalists, politicians and the clergymen who worked tirelessly behind the scene to pressurise the government to release him from detention.

Mr. Thomas was abducted from the streets of Uyo, the Akwa Ibom State capital, on July 2 by unidentified operatives of the DSS.

Though his whereabouts were initially unknown, Mr. Thomas, two days later, was arraigned before an Uyo Magistrate court on a three-count charge of using his medium to commit acts purportedly contravening the Akwa Ibom State Internal Security and Enforcement Law 2009.

Global Concord later filed an application at the Federal High Court, Uyo, against the State Attorney General and Commissioner of Justice, Ekpeyong Ntekim; the State Director of DSS, Tomas Minti; and the Chief Magistrate of Uyo Magistrate Court, Uwem Ibritam, for allegedly conspiring to violate the editor’s fundamental rights.

In the application, No. FHC/UY/CG/57/2014, counsel to the media house, Victor Iyanam, sought a declaration of the court that the arrest, detention, and torture of Mr. Thomas and the persistent harassment of the newspaper constituted a gross violation of their fundamental rights enshrined in Sections 34, 35 and 39 of the 1999 Constitution.

However, Chief Magistrate, Uwem Ibritam, refused to entertain the matter on grounds that the court lacked jurisdiction.

Mr. Ibritam, therefore, referred the matter to the State Department of Public Prosecution, DPP for re-assignment to a proper court.

However, following the nationwide industrial action by the Judiciary workers from July 10, further hearing on the case was stalled and Mr. Thomas was kept in the DSS custody.

When the action was called off last week, the case was reassigned to the state High court, Uyo.

When the matter was brought for hearing on Thursday, State Counsel, Usen Usen, did not raise any objection to the bail application by counsel to the accused,  Mr. Iyanam.

Mr. Iyanam had prayed the court to grant his client bail in the most liberal terms to allow him return home to his family after over a month in detention.

Mr. Usen urged the court to order the release of the accused, since the matter was still under investigation.

In his ruling, Justice Ifiok Ukana of Uyo High Court, granted Mr. Thomas bail with a surety who must have a house in Uyo and N5 million in his bank account.

Mr. Thomas would however be reporting to the DSS on a weekly basis till further notice.