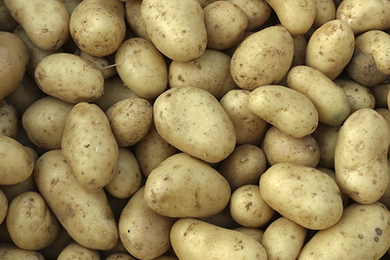 The Plateau State government says it has approved the sum of N68 Million as counterpart fund for potato production.

In the wake of the destruction of Irish potato farms by the blight disease, the Vice Chancellor of the University of Jos, Hayward Mafuyai, has offered to partner with the Plateau State Government to tackle the disease that has allegedly destroyed over 1000 hectares of Irish potato farms.

The vice chancellor stated this on Monday, while declaring open a one-day stakeholders’ forum on potato production in Plateau State; particularly on the current challenges facing potato farmers.

Mr. Mafuyai said that the collaboration became imperative in order to fight the scourge whose devastating effect has taken a downturn on Plateau economy.

The don was represented at the event by the Director, Office of Research and Development, ORD, Pam Dung-Sha.

Mr. Mafuyai said the “University of Jos was concerned because of the adverse effect it has brought on the people.

“Farmers are witnessing low yields, consumers are taking poor quality products and the low output has led to reduced supply to domestic and some markets in West African region.”

According to the vice chancellor, participants at the forum are expected “to generate ideas and provide scientific and professional advice to Plateau Government and potato farmers on how to address the situation avoid the re-occurrence.

He said the institution’s is committed to becoming a research intensive university; and called on state governments in the university catchment area to collaborate with it to find solutions to the problems confronting the country.

Contributing, the Plateau State Commissioner for Agriculture, Stephen Barko, disclosed that out of the over 250,000 hectares of potato farm cultivated annually, over 1000 hectares have been attacked in 2014 alone.

The commissioner said that state government was also collaborating with the National Seed Council to help in the situation of the peasant farmers.