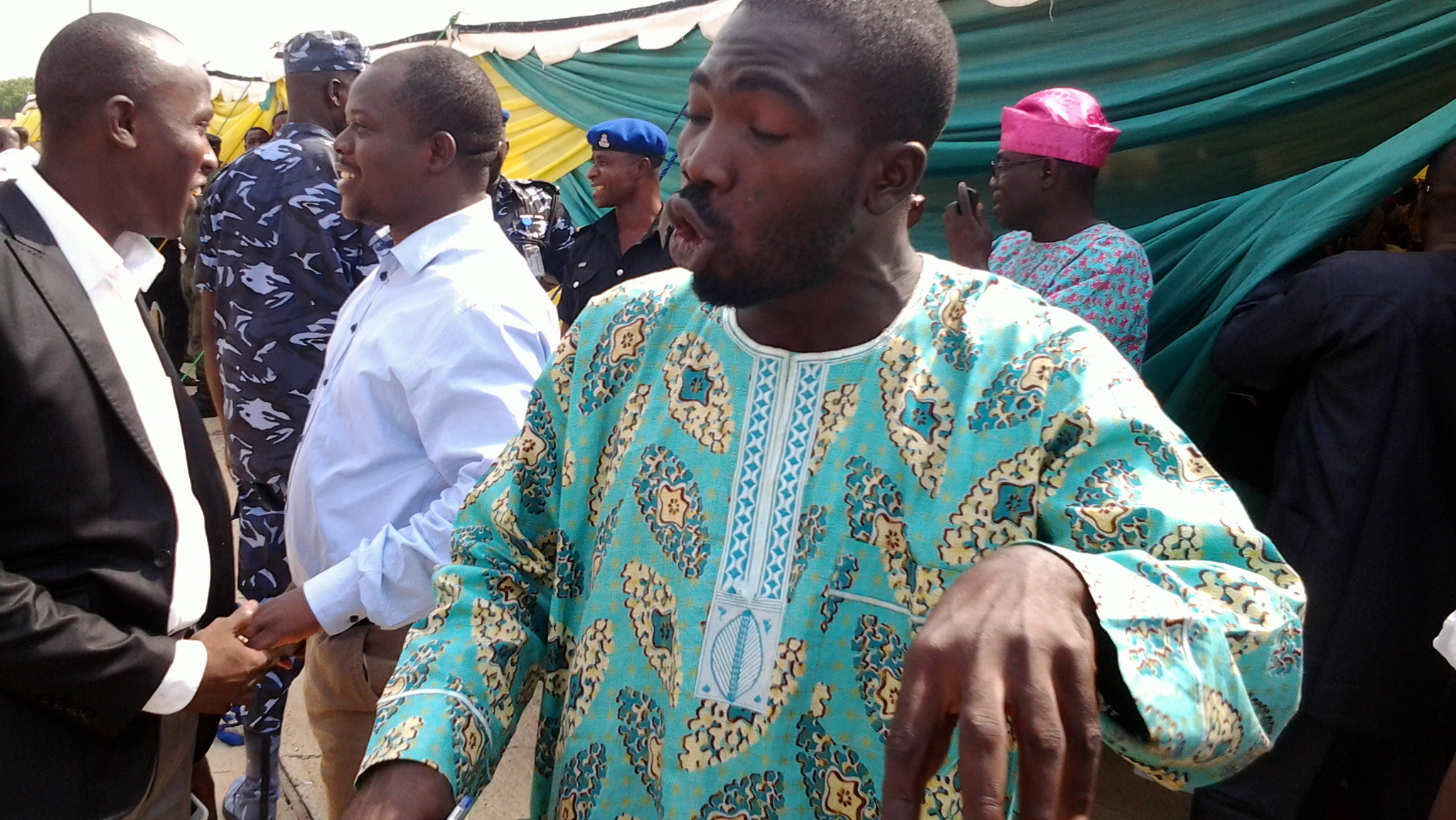 Drama as man declares for presidency at Ogun APC meeting

A mild drama occurred on Monday at a stakeholders meeting of the Ogun All Progressives Congress, APC, when a member of the audience announced his intention to contest for the presidency in 2015 and sought for the party’s support.

The meeting, which took place at the June 12 Cultural Centre, Abeokuta, was presided over by the Ogun State Governor, Ibikunle Amosun. In attendance were leaders of the party as well as members across all the 20 local government areas.

The presidential aspirant, Tajudeen Diamonds, declared his ambition during the question and answer session. The moderator had asked participants who had questions to ask to raise their hands. Mr. Diamonds did, and he was called to speak.

Handed the microphone, Mr. Diamonds stated that he had come all the way from Kano State to attend the stakeholders’ meeting in Abeokuta and to seek for the party’s support ahead of the 2015 elections.

“I am from Kano. I love APC. I love Amosun and I want to say this publicly that I want to contest the presidential election under the banner of APC, our party. How do I go about this because I need your support?” he asked.

His frank declaration was greeted with laughter by the baffled gathering. At this point, the Master of Ceremony, perhaps presuming that all was not right with the potential presidential aspirant, discreetly took the microphone from Mr. Diamonds.

In an interview with PREMIUM TIMES after the event, Mr. Diamonds rolled out his 19-point agenda which included 18 hours of power supply nationwide, the establishment of 36 Federal Universities of Agriculture, the creation of 300,000 jobs for each state, camera on every street across Nigeria, more barracks, several National Film Institutes, N16,000 monthly salary for youth between the ages of 18 and 25 as well as the construction of six refineries, among others.

Mr. Diamonds also made a case for a tenure of five years for political office holders and stated that he would fix minimum wage at N25,000.

He also disclosed that he had already printed over one million posters, which would be distributed across Nigeria in due course.

The Shape of Things To Come? By Okey Ndibe