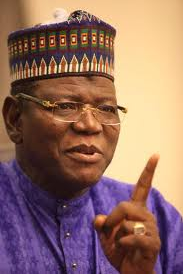 The monarchs were trained under the Justice Sector and Law Reform Commission.

No fewer than 1,000 traditional rulers have been trained on Alternative Dispute Resolution (ADR) under the Justice Sector and Law Reform Commission in Jigawa.

The Chairman of the commission, Tijjani Abubakar, said in Dutse on Monday that the ADR was important to justice system.

Mr. Abubakar said that the ADR would go a long way to eliminate hatred and enemity arising from litigations among the people in a society.

He said monarchs had been mediating among people and that the training would assist to prepare them on statutory act and human rights in dispute resolution.

He said the commission targeted 1,350 traditional rulers to benefit from the training, pointing out that monarchs in 22 out of 27 Local Government Areas had been trained.

“Traditional rulers are the custodians of the cultures and the religion of the people in their community,” he said.

The chairman said his commission had established three additional community law centres to enable the less privileged persons in the state to access justice through free legal services.

ASUU Strike: I chat with my students on social media, VC says

My husband treats me like a maid, I want divorce- Wife