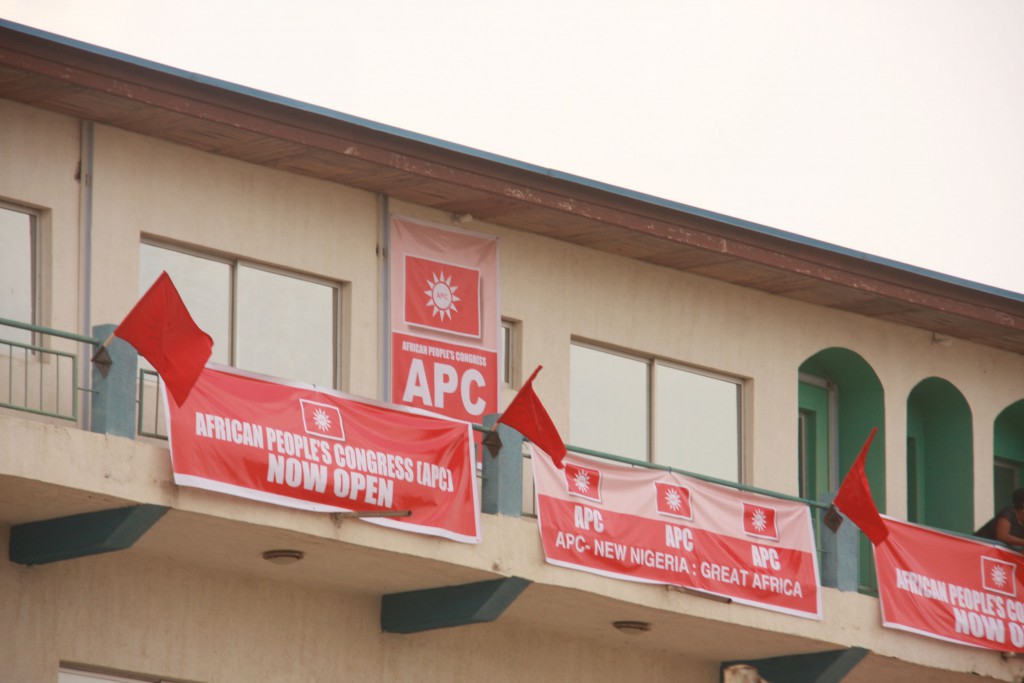 The Africa Peoples Congress accused the electoral body of bias.

The leadership of the African Peoples Congress, APC, said the party has come to stay despite what it calls “desperate manipulation of the public by the ACN (Action congress of Nigeria) led merger group”.

The party is a statement on Saturday by its acting National Secretary Sa’I’d Balogun accused the leadership of the All Progressives Congress, APC of “jumbled misrepresentation of facts to suit their prime intention which is to malign a legitimately pursued registration process by the African People’s Congress, APC which its process has been officially completed”.

Mr. Balogun accused the spokesmen of the merging APC of arguing blindly, over “the dates of application and submission of our form, the authenticity of form PA.1 and the affixing of our logo.”

“Basically, we do not owe the merger parties any explanation to this regard, as only the INEC or the constitution of the Federal Republic of Nigeria can invalidate our application,” he said. “However, we wish to state categorically that only political green horns, would not know that the application and the submission of submission of Form PA.1 cannot happen the same day”.

Mr. Balogun said the process of registration is such that one must first submit an application telling INEC of their desire to register a party, while INEC will in turn respond with a letter acknowledging receipt and listing requirements and pre-conditions to be fulfilled before the party can be registered.

“After fulfilling the entire requirement and assembling the necessary documents, applicants will then submit same with a letter in reference to the INEC’s earlier correspondence. And after the necessary count, if what is submitted tallies with what is in the letter, INEC would endorse the receipt of documents, and then the 30 days count begins and that is where we are and no force on human earth can stop the APC March to political greatness,” he said.

Mr. Balogun added that as for the Authenticity of Form PA.1, it is left for INEC to assess.

“What we should have gotten from INEC is 35 copies of the form, but INEC gave us 20 and told us to photocopy the rest and we went the color way.

“The form PA.1 is an application letter whose legality is backed by the affidavit which is sworn to by the National Chairman as required by INEC. So it is left for INEC to also judge in this matter and not the merger group that seeks, as pathetic, as it seems, to always arrogate to itself, a judge in its own case,” he said.

We will participate in 2015 election

Mr. Balogun said his APC will participate in the 2015 general elections since they have completed all constitutional requirements.

“In any case, it has become expedient to warn Nigerians of scheming and manipulations of the merger party which is not limited to smuggling in a back-dated application letter into INEC same way they have free access to INEC documents submitted by our party,” he added.

Mr. Balogun also said with the recent events, the merger party has proven that against their cry of wolf, they actually have the free run of the INEC headquarters.

“Going in and out of INEC shelves, going through official records, pulling out file and yanking documents at will for their daily press conferences,” he said.

“We wish to alert Nigerians of the role of a federal INEC Commissioner from the South West, who is the arrowhead of the merger group plot to undermine INEC.

“We have it on good authority that the commissioner is already tampering and releasing official documents of INEC to his new pay masters in Bourdilion Street in a desperate failed attempt to stop the APC moving train.

“Even with the over 200 million naira dirty money that have moved from Lagos into INEC via the Commissioner, the APC Registration is a process which no mortal can stop in this world and the world yet to come,” he said.

Zungeru, town of amalgamation, in shambles